Boeing Co Chief Executive Dennis Muilenburg acknowledged the company made mistakes in the development of a key safety system known as MCAS at the centre of two fatal 737 MAX crashes, at a U.S. 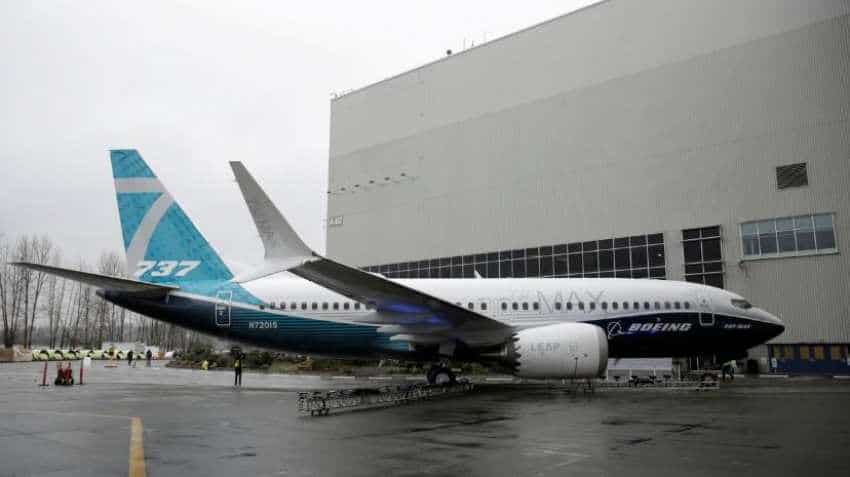 Boeing Co Chief Executive Dennis Muilenburg acknowledged the company made mistakes in the development of a key safety system known as MCAS at the centre of two fatal 737 MAX crashes, at a U.S. Reuters
Written By: Reuters
RELATED NEWS

Boeing Co Chief Executive Dennis Muilenburg acknowledged the company made mistakes in the development of a key safety system known as MCAS at the centre of two fatal 737 MAX crashes, at a U.S. House hearing on Wednesday. Lawmakers released Boeing documents that showed the company had considered adding an MCAS alert on the flight control panel to the 737 MAX. Another Boeing document warned that if a pilot failed to respond in more than 10 seconds to the software, activation could lead to a "catastrophic" failure.

Muilenburg acknowledged "we made some mistakes" on the development of MCAS, an anti-stall system that automatically pushed the plane’s nose down, leaving pilots fighting for control. U.S. Representative Peter DeFazio, who heads the House Transportation and Infrastructure Committee holding the hearing, pressed Muilenburg on why the company had not required data from crucial airflow sensors known as attack sensors when it originally designed the airplane. Muilenburg said the company had repeatedly asked the same question.

Last week, Indonesia investigators found Boeing failed to grasp risks in the design of MCAS. “The design and certification of the MCAS did not adequately consider the likelihood of loss of control of the aircraft,” the report said. The 737 MAX, when it returns, will have a number of new safeguards. It will take data from the attack sensors and not let MCAS activate more than once before a situation has been resolved.

DeFazio asked why Boeing approved MCAS when it was vulnerable to a single point of failure. DeFazio also questioned why Boeing scrapped initial plans to install an MCAS "annunciator" alert and how pilots could be expected to recover if the system failed, when Boeing failed to disclose details on MCAS system to pilots. He also hammered Boeing`s assumptions on how long it would take pilots to respond to a failure.

"I`ve talked to a lot of pissed off pilots," DeFazio said. "We need answers. We need reforms on how commercial aircraft are certified," and how manufacturers like Boeing "are watched" by regulators, he added. At one point in the hearing, Representative Rick Larsen of Washington state, where Boeing builds the 737, asked Muilenburg to name three mistakes the company made.

Muilenburg quickly listed Boeing`s failure to disclose for months that it had made optional a cockpit alert flagging disagreement between the airflow sensors. "We got that wrong," he said. Muilenburg also said, "clearly, we had some areas to improve" regarding MCAS. And finally he said the company should have been more "efficient and comprehensive" in its communications and documentation "across all of our shareholders."

But Muilenburg deflected a follow-up question on whether he could name specific individuals who were to blame for these mistakes, noting that larger "teams" were responsible for each of these areas. Later, Congressman Dan Lipinski of Illinois, where Boeing is headquartered, told Muilenburg: "I am not sure what accountability means if you got a $15 million bonus after Lion Air," a reference to the crash in Indonesia. Muilenburg began his opening remarks by turning and looking directly at family members of the victims seated closely behind him as he apologised for the 346 lives lost in crashes in Ethiopia and Indonesia.

In an earlier statement, DeFazio said the panel was aware of "at least one case where a Boeing manager implored the then-vice president and general manager of the 737 program to shut down the 737 MAX production line because of safety concerns." Boeing did not comment Tuesday on the allegation. The hearing, the highest-profile congressional scrutiny of commercial aviation safety in years, heaps pressure on a newly rejiggered Boeing senior management team fighting to repair trust with airline customers and passengers shaken by an eight-month safety ban on its 737 MAX following the two crashes.

Muilenburg told reporters on Wednesday he believes the allegation was in response to concerns about a change in the increase of the production rate. He said Boeing was aware of those concerns and had acknowledged them. Muilenburg said that he had met with some family members of the victims before the Wednesday`s hearing. "It was tough to hear," he said, adding the company was making "the fixes we need to make."

The Boeing CEO on Tuesday acknowledged errors in failing to give pilots more information on MCAS before the crashes, as well as for taking months to disclose that it had made optional an alarm that alerts pilots to a mismatch of flight data on the 737 MAX. "We`ve made mistakes and we got some things wrong. We`re improving and we`re learning," he said. On Tuesday, U.S. senators expressed dismay that 2016 instant messages discussing erratic behaviour of simulator software - a replica of the system aboard the jetliner - did not prompt an immediate reaction from the company.

For months, Boeing had largely failed to acknowledge blame, instead vowing to make a "safe plane safer." Tuesday`s hearing represented Boeing`s broadest acceptance of responsibility that it made mistakes, but Muilenburg stopped short of what some lawmakers and family members had sought. As they were at Tuesday`s Senate hearing, family members of victims were seated closely behind Muilenburg on Wednesday at the House hearing.

On Tuesday, Nadia Milleron, whose daughter was killed in the Ethiopian Airlines crash in March, said Muilenburg and the board should resign for failing to do more to prevent the crashes. As Muilenburg departed Tuesday`s hearing, she implored him to look at the victims` families when he apologised. He turned to her and said: "I`m sorry."