Boeing suffered a fresh setback on the opening of the Paris Airshow on Monday as its engine supplier announced a delay for the U.S. planemaker`s all-new 777X jet while Airbus launched a rival plane aimed at the middle of the market. 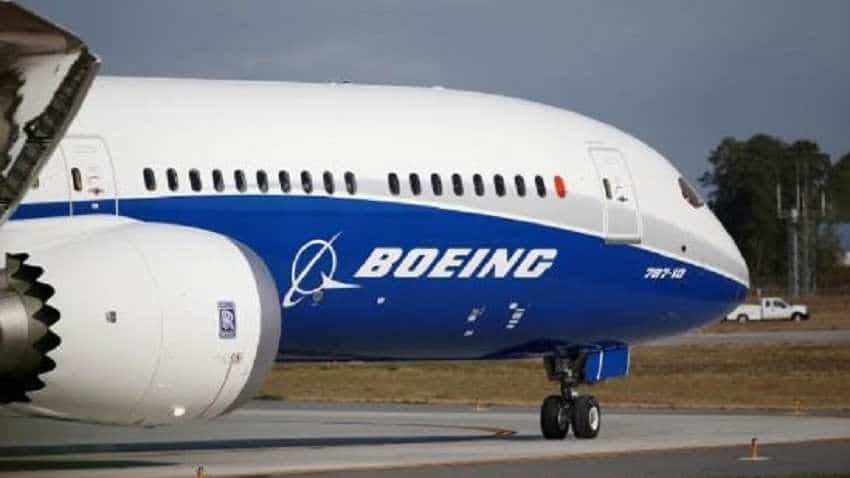 GE Aviation said it had found unexpected wear in a part for the GE9X engine it is making for the 777X, the world`s largest twin-engined jet, forcing a delay of several months while it redesigns and tests the part. Reuters

Boeing suffered a fresh setback on the opening of the Paris Airshow on Monday as its engine supplier announced a delay for the U.S. planemaker`s all-new 777X jet while Airbus launched a rival plane aimed at the middle of the market. GE Aviation said it had found unexpected wear in a part for the GE9X engine it is making for the 777X, the world`s largest twin-engined jet, forcing a delay of several months while it redesigns and tests the part.

The news is another headache for Boeing as it continues to grapple with the grounding of its top-selling 737 MAX aircraft in March after two deadly crashes. European arch-rival Airbus, meanwhile, launched a long-range version of its A321neo jet, aiming to carve out new routes for airlines with smaller planes and steal a march on Boeing`s owns plans for another potential all-new jet, the NMA. "We can fly from north-eastern Asia into south Asia, from the Middle East to Bali or from Japan deep into Australia, and so on," said Airbus chief salesman Christian Scherer.

"It is therefore the lowest-risk investment for airlines on these kinds of routes." Leasing company Air Lease Corp became the first customer of the new aircraft - the A321XLR - lining up for 27 as part of a deal for 100 Airbus planes.  Sources familiar with the matter said Airbus would announce close to 200 orders for the new model at the air show, with JetBlue Airways Corp and U.S.-based private equity firm Indigo Partners among the buyers.

The aerospace industry`s biggest annual event, which alternates with Britain`s Farnborough Airshow, is traditionally a slugging match between Airbus and Boeing sales teams in the $150 billion a year commercial aircraft market. But analysts expect this year`s gathering to be relatively subdued, with slowing economies, trade tensions and geopolitical uncertainties unsettling airlines - highlighted by a profit warning from Germany`s Lufthansa late on Sunday.

Airbus and Boeing are also grappling with their own problems, with the U.S. firm striving to bring the 737 MAX back into service and Airbus occupied with a long-running corruption scandal.  Analysts expect anything from 400 to 800 commercial aircraft orders and commitments at the show, compared with 959 at Farnborough last year, though it can be hard to identify truly new business against firmed-up commitments and switched models.

Boeing commercial airplanes boss Kevin McAllister said he was "staying very close to the situation" with the GE9X engine, and that it was premature to make any predictions on delays for the 777X programme. Boeing is targeting a maiden flight this year and 2020 entry into service, but Gulf airline Emirates has said it expects the first plane in June of that year. Flight tests often take more than a year.

The Airbus A321XLR will be the longest-range narrow-body jetliner and arrives as airlines look to maximise the flexibility of more fuel-efficient, single-aisle aircraft. Its range of up to 4,700 nautical miles - about 15% more than the previous A321LR - will leapfrog the out-of-production Boeing 757 and nudges it into the long-jump category occupied by more costly wide-body jets.
Airbus shares were up 0.7% at 123.30 euros in afternoon trade. The A321XLR also eats into a range category targeted by the possible NMA mid-market, twin-aisle jet under review by Boeing.

"It does provide a very effective airplane for many of the same routes as the NMA, and it does so many years earlier," Air Lease CEO John Plueger said of the new Airbus jet. But there is a debate over whether passengers will enjoy flying longer distances in medium-haul planes and at what price. In particular, the rise of the single-aisle, long-distance jet involves revisiting years of industry marketing about the benefit of roomier cabins to counter jet lag on long trips. Airbus did not give a price for the A321XLR. The current A321neo has a list price of $129.5 million.

Boeing Chairman and CEO Dennis Muilenburg on Sunday said the A321XLR would only "scratch an edge" of the market segment targeted by the NMA. He added that Boeing expected to announce orders for wide-body jets at the Paris show but its main focus at the event was safety, with executives taking turns to apologise for the 737 MAX crashes in Indonesia and Ethiopia that killed 346 people. "This is the most trying of times," Boeing commercial airplanes boss Kevin McAllister told a press briefing. "But without a doubt this is a pivotal moment for all of us. It`s a time to capture learnings. It`s a time to be introspective. And it`s a time for us to make sure accidents like this never happen again."