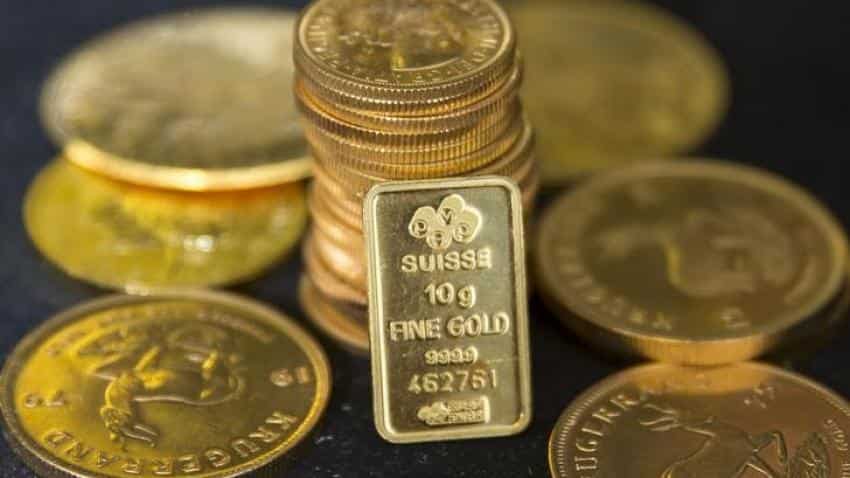 Gold prices were mostly unchanged on Monday on a firmer U.S. dollar after positive U.S. economic data late last week appeared to raise the chance of an interest rate hike by year-end.

* U.S. producer prices rose in September to post their biggest year-on-year rise since December 2014, while retail sales gained 0.6 percent after a 0.2-percent decline in August.

* Though not addressing interest rates or immediate policy concerns directly, Yellen laid out the deepening concern at the Fed that U.S. economic potential is slipping and aggressive steps may be needed to rebuild it.

* The dollar index, which measures the greenback against a basket of currencies, rose as much as 0.2 percent to 98.169.

* Only 30 percent of Japanese households have experience investing in stocks and nearly 80 percent say they would not take on risk even for an investment yielding significant returns, a survey showed, underscoring the difficulty of reversing the risk-aversion widely blamed for prolonging Japan`s chronic deflation.

* China`s producer prices unexpectedly rose in September for the first time in nearly five years thanks to higher commodity prices, welcome news for the government as it struggles to whittle down a growing mountain of corporate debt.

* Illegal miners operating at AngloGold Ashanti`s Obuasi mine in Ghana have ignored a government deadline to leave, delaying company plans to restart production.

* Demand for gold in India, the world`s second-largest consumer, picked up as the festive season began and discounts narrowed, while demand across rest of the Asia continued to improve.

(Reporting by Nallur Sethuraman in Bengaluru; Editing by Joseph Radford)