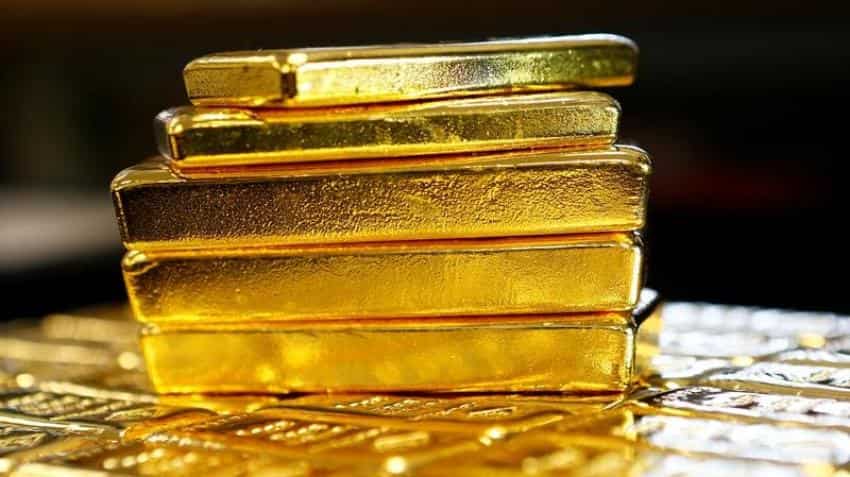 Gold prices edged higher early Friday, after marking a 3-1/2 week low in the previous session, as the dollar weakened slightly after the progress on U.S. tax legislation hit a roadblock.
FUNDAMENTALS

* The dollar index, which gauges the greenback against a basket of six major rivals, was down 0.1 percent.

* The Republican tax overhaul stalled on a procedural issue in the U.S. Senate on Thursday, forcing lawmakers to weigh new options to an amendment sought by a leading fiscal hawk to address the bill`s projected large expansion of the federal deficit.

* U.S. consumer spending slowed in October as the hurricane-related boost to motor vehicle purchases faded, while a sustained increase in underlying price pressures suggested that a recent disinflationary trend had probably run its course.

* U.S. President Donald Trump dismissed a Chinese diplomatic effort to rein in North Korea`s weapons program as a failure on Thursday, while Secretary of State Rex Tillerson said Beijing was doing a lot, but could do more to limit oil supplies to Pyongyang.

* The Senate Banking Committee will vote on Tuesday on the nomination of Federal Reserve Governor Jerome Powell to lead the U.S. central bank, the panel said in a statement.

* A Bank of England policymaker said Britain must not fall into an illusion about its public debt, which soared after the financial crisis and could pose a threat to the country`s economy, despite the lack of apparent concern among investors now.

* Sales of U.S. Mint American Eagle gold and silver coins fell sharply year-over-year in November, keeping their tally for the first 11 months of 2017 on track for the weakest year since 2007, the latest data showed on Thursday.
DATA/EVENT AHEAD (GMT)