Gartner on Monday said the global IT spending is projected to grow 1.4% to $3.5 trillion in 2017 on account of rise in US dollar. 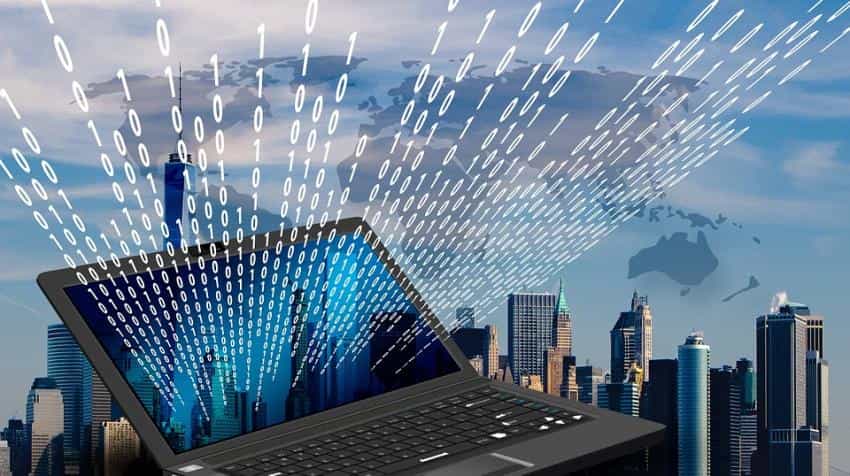 The research firm has further projected the global IT spending to grow 2.9% to $3.6 trillion in 2018. Representational Image. Image Source: Pixabay
Written By: Tejal Yerunkar
RELATED NEWS

Demonetisation to push IT spending of banking and securities firms to $8.9 billion in 2017

3. The global spending on devices like PCs, tablets, ultramobiles and mobile phones is forecast to grow 1.7% to $645 billion in 2017

Global IT spending is projected to grow 1.4% to $3.5 trillion in 2017 on account of rise in US dollar, according to information technology research and advisory company Gartner.

"The strong US dollar has cut $67 billion out of our 2017 IT spending forecast," Gartner's research vice president John-David Lovelock, said in a press release on Monday. 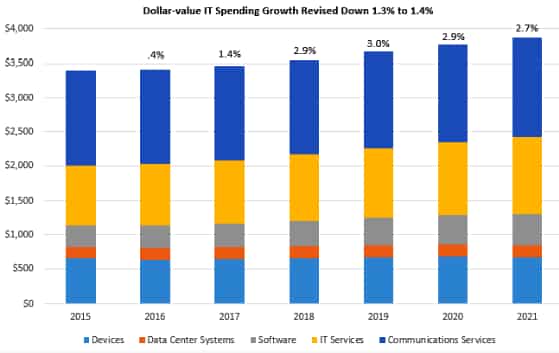 According to Gartner, the American currency woes is likely to impact the earnings of the US-based multinational IT companies in the present year.

"We expect these currency headwinds to be a drag on earnings of US-based multinational IT vendors through 2017," he said.

The research firm has further projected the global IT spending to grow 2.9% to $3.6 trillion in 2018.

Gartner's Worldwide IT Spending Forecast (Billions of US Dollars):

"We are seeing a shift in who is buying servers and who they are buying them from," Lovelock said.

"Enterprises are moving away from buying servers from the traditional vendors and instead renting server power in the cloud from companies such as Amazon, Google and Microsoft. This has created a reduction in spending on servers which is impacting the overall data center system segment," Lovelock further added.

Moreover, on account of rise in mobile phone sales and marginal improvements in sales of printers, PCs and tablets, the global spending on devices like personal computers (PCs), tablets, ultramobiles and mobile phones is forecast to grow 1.7% to $645 billion in 2017 as compared to negative growth of 2.6% to $634 billion in 2016.

"Mobile phone growth in 2017 will be driven by increased average selling prices (ASPs) for phones in emerging Asia/Pacific and China, together with iPhone replacements and the 10th anniversary of the iPhone," cited Gartner in a statement.

The tablet market continues to decline significantly, as replacement cycles remain extended and both sales and ownership of desktop PCs and laptops are negative throughout the forecast, it added.

"The modest changes to the IT services forecast this quarter can be characterised as adjustments to particular geographies as a result of potential changes of direction anticipated regarding US policy — both foreign and domestic," Gartner said.

The business-friendly policies of the new US administration are expected to have a slightly positive impact on the US implementation service market as the US government is expected to significantly increase its infrastructure spending during the next few years, it added.

Demonetisation to push IT spending of banking and securities firms to $8.9 billion in 2017