Business leaders have repeatedly expressed concern that a crackdown on immigration from the EU could hamper their ability to find staff with the right skills. As a result, the finance industry is demanding a new system where international staff posted to Britain for less than six months will be able to come and go freely without having to apply for a work visa before they travel, the sources said. 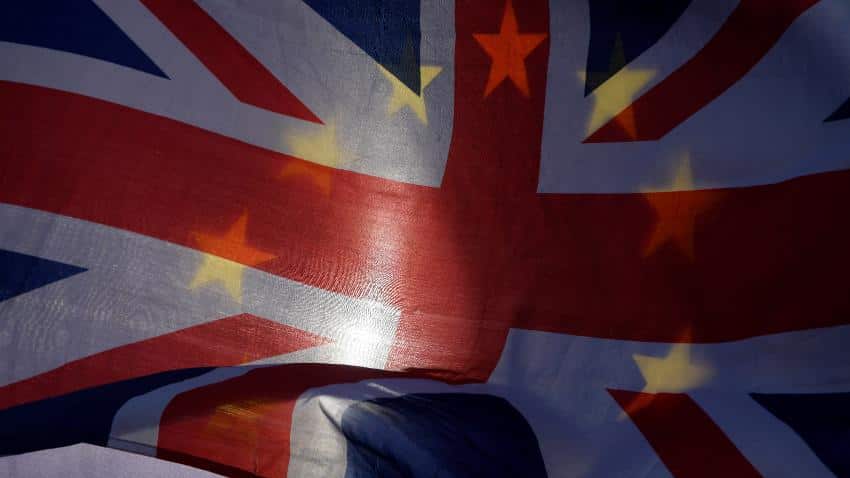 Global banks in Britain are calling for a special work visa waiver after Brexit to preserve the City of London`s standing as a top global financial centre, two industry sources said, a move that would be more generous than the current arrangements. Since Britain voted to leave the European Union two years ago, London`s financial services industry has been trying to prepare for losing access to its biggest trading bloc, its toughest challenge since the 2007-2009 financial crisis. London vies with New York as the world`s financial capital and potentially has lot to lose from the end of unfettered access to the EU`s post-Brexit market of 440 million people.

Business leaders have repeatedly expressed concern that a crackdown on immigration from the EU could hamper their ability to find staff with the right skills. As a result, the finance industry is demanding a new system where international staff posted to Britain for less than six months will be able to come and go freely without having to apply for a work visa before they travel, the sources said.

The proposal is a core recommendation in a draft report by TheCityUK, which promotes Britain`s financial services sector, and consultants EY, the sources said. The report reminds the government that the finance sector must continue to attract top global talent because it the biggest source of corporate tax revenue accounting for 14 percent of all tax revenue raised in Britain.

The report has been shared with the Home Office and Treasury and is the most detailed request yet by Britain`s finance industry to the government about how it wants immigration policy to look after Brexit.

THE RISE OF THE CITY

For centuries, immigrants from around the world have helped to establish London as a major centre for international finance. Nathan Rothschild, who came to London from Germany, helped to expand the business of banking in the 19th Century by financing the governments of Europe and Latin America through bonds underwritten in the City.

A century later, London`s reputation as a global finance centre was enhanced by another immigrant, Siegmund Warburg, who had fled Nazi Germany in the 1930s. He helped to create the Eurobond market - now worth trillions of dollars.

To try to preserve the flow of talent the report is recommending that Britain introduces a "flexible short-term immigration category" for employees of international banks, insurers, asset managers and related professions like lawyers and accountants, the sources said.

The government is expected to outline its future immigration rules later this year and bankers` demand for special exemptions potentially puts the industry still scorned by Britons since the financial crisis on a collision course with large swaths of the public.

Curbing immigration was one for the main drivers for Britons voting to leave the EU in the 2016 referendum, following a large influx of EU citizens, especially from poorer countries in eastern Europe. The City`s report on immigration is due to be formally unveiled in ten days time at an event where the immigration minister Caroline Nokes is due to give a keynote speech.

Potentially one of the report`s most controversial demands is for the "enhanced" immigration system to treat European and non-European staff in the same way after the Brexit transition deal ends in 2020.

The finance industry is concerned that after Brexit, EU nationals who want to work in Britain will face the same inflexible "caps" or numerical curbs that non-EU nationals already face, the sources said.

Extending these caps to EU citizens would only worsen existing skills shortages, the sources said. It urges Britain`s government to set out a broad, post transition immigration policy by spring 2019 so that companies have enough time to adjust.

A spokesman for the Home Office and EY did not respond to requests for comment. TheCityUK declined to comment.