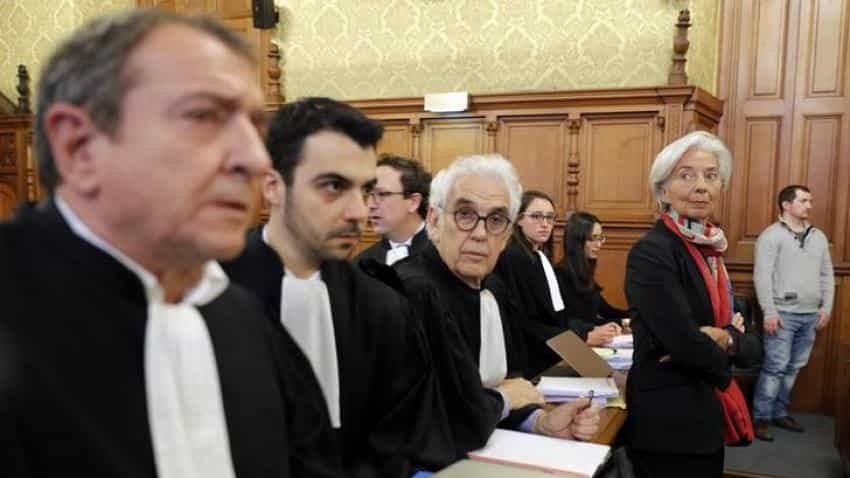 Managing Director of the International Monetary Fund Christine Lagarde is seen before the start of her trial about a state payout in 2008 to a French businessman, at the courts in Paris. Image Source: Reuters

The chief prosecutor in the negligence trial of IMF chief Christine Lagarde in Paris called for her acquittal on Thursday saying the hearing had failed to support the "very weak" accusation against her.

Lagarde, 60, faces charges, which she denies, of being negligent when, as French finance minister, she approved in 2008 a payout to businessman Bernard Tapie in an out-of-court settlement which cost the French taxpayer 400 million euros ($425 million).

General Prosecutor Jean-Claude Marin, who had said after the conclusion of the investigation of Lagarde that the case should be dismissed, said, "No negligence sanctionable by law can be held against Madame Lagarde."

The special Republic`s Court of Justice, which judges cases involving government ministers and has proceeded with the case despite the prosecutor`s recommendation, is to hand down a verdict on Monday.

The charges allege that Lagarde showed negligence, leading to misuse of public funds, by accepting too easily the costly arbitration settlement with Tapie and not contesting it to the benefit of the state.

Lagarde, who has withstood aggressive questioning in court, said she had accepted the settlement in the best interests of the state and to draw a line under an affair that had dragged on for 15 years. She denied negligence.

The IMF managing director faces up to a year in jail and a fine of 15,000 euros if convicted. Such an outcome could raise questions about her ability to hold on to her job at the Washington-based International Monetary Fund
(IMF).

"These hearings have not sustained very weak accusations", Marin told the court, adding there had been a lot of "empty talk" which had not changed his opinion that the case should not have come to court.

Evidence on Wednesday by a former treasury official who was involved in the case at the time painted a picture of cronyism and string-pulling in Tapie`s links with the government under Nicolas Sarkozy`s presidency from 2007 to 2012.

"You have to make a decision on the very delicate limit between what is political and what is judicial," Marin said on Thursday, referring to a political undercurrent to the trial.