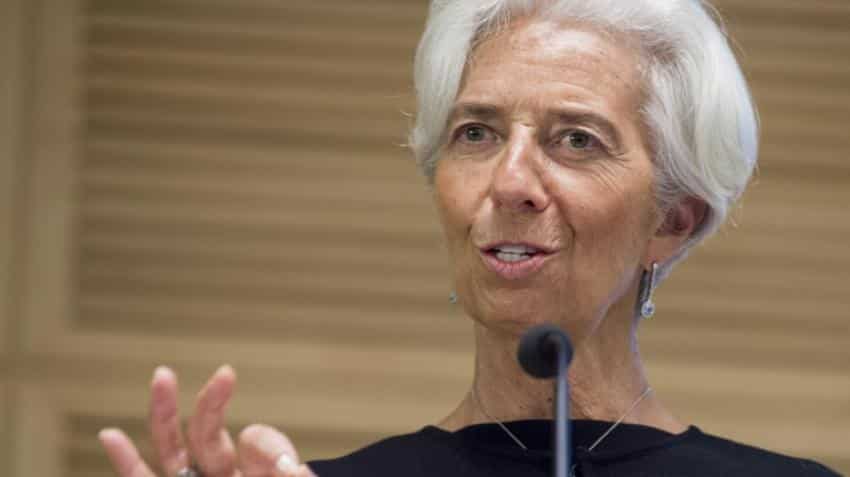 International Monetary Fund (IMF) chief Christine Lagarde goes on trial in France on Monday over a massive state payout to a flamboyant tycoon when she was finance minister in a case that risks tarnishing her stellar career.

Lagarde denies the charges of negligence, arguing she was acting "in the state`s interest" in making the payment to Bernard Tapie, the former owner of sportswear giant Adidas and Olympique Marseille football club.

Whatever the outcome, the case risks damaging the image of 60-year-old Lagarde, a former corporate lawyer who progressed through the finance ministry to her current role as one of the world`s most powerful women.

The case also threatens the credibility of the International Monetary Fund (IMF), whose last three managing directors have faced trial.

Lagarde, who was named to a second term in February this year, has received the full backing of the IMF over the case.

She will be tried by the Court of Justice of the Republic, a tribunal that hears cases against ministers accused of wrongdoing in the discharge of their duties.

The accusations stem from Lagarde`s handling of a dispute with Tapie, a former government minister who claimed a state bank defrauded him in its sale of Adidas.

Tapie owned the firm between 1990 and 1993 but lost control of it after he went bankrupt. He also owned Marseille when they won the 1993 European Cup, the forerunner of the Champions League, but they were later embroiled in a match-fixing scandal.

On becoming finance minister in 2007 under the newly elected president Nicolas Sarkozy, Lagarde ordered that Tapie`s long-running battle with the state be resolved by arbitration.

The decision was hugely costly, with Tapie initially walking away with a staggering 404 million euros ($427 million) in compensation in 2008. After a lengthy court battle, he has since been ordered to repay the money.

Investigators suspect the arbitration process was rigged in favour of Tapie, who had supported Sarkozy in his 2007 election campaign.

Lagarde, who served as finance minister until 2011, has always insisted she acted in France`s best interests.

Although she is not accused of personally profiting from the payment, she has been criticised for failing to challenge the award.

The prosecution says that through her actions, Lagarde "deprived the state of a chance to avoid this money being misused".

Others face fraud charges over the affair, including 73-year-old Tapie, his lawyer, one of the arbitrators, Lagarde`s former chief of staff in the finance ministry and the current head of the telecom group Orange, Stephane Richard.

She will be judged by a panel of three judges and 12 lawmakers selected from France`s upper and lower houses of parliament.

Lagarde will be defended by a team of lawyers led by Patrick Maisonneuve, a star of the French legal world.

Another former IMF head, Spaniard Rodrigo Rato, is currently standing trial for misusing funds when he was head of Spanish lender Bankia.

The IMF plays a key role in the global financial system, acting as a lender of last resort to countries in financial difficulties. It also monitors financial markets and acts as an influential policy advisor to governments.

Lagarde has been a key player in bailout negotiations for Greece and has also worked to reform the US-and Europe-dominated institution to reflect China`s growing global leverage.

She has fashioned herself as a model for talented women fighting male dominance in the IMF and other large organisations and has previously been touted as a possible French presidential contender although she denies any such ambitions.