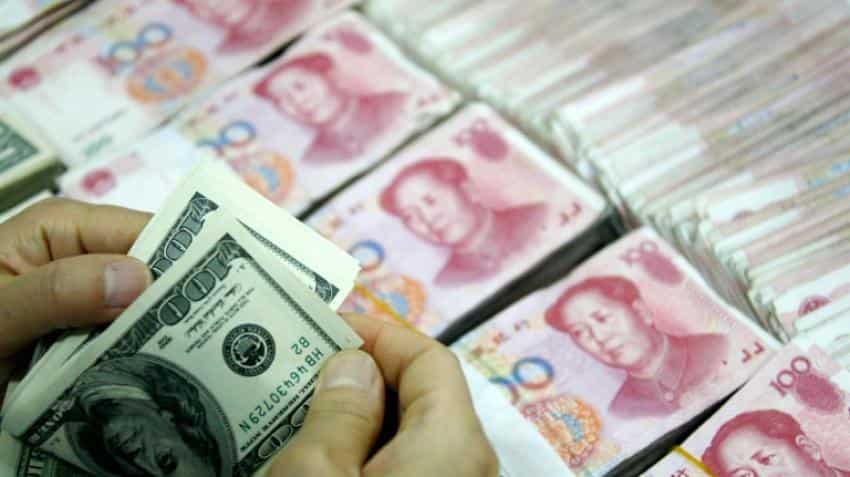 Friday`s yuan fix is the lowest since September 2010 and an analyst estimated it could still fall further. Image Source: AFP
Written By: AFP
RELATED NEWS

China weakened the yuan`s reference rate to beyond 6.8 to the dollar for the first time in more than six years on Friday as the greenback rebounded strongly, with analysts warning the unit could drop further.

The People`s Bank of China (PBOC) set the value of the yuan -- also known as the renminbi -- at 6.8115 to the greenback, down 0.34% from Thursday`s fixing, according to data from the Foreign Exchange Trade System.

The US dollar surged on Thursday, rebounding strongly from steep losses earlier this week after Donald Trump –- whose surprise presidential win shocked the markets -- gave a reassuring speech to soothe worried investors.

Friday`s yuan fix is the lowest since September 2010 and an analyst estimated it could still fall further.

"It has a lot further to go! If President Trump injects massive fiscal stimulus and protectionism then we will see a MUCH weaker CNY and CNH," Michael Every, head of Asia-Pacific financial markets research at Rabo Bank, said in a written response to AFP, referring to both the onshore and offshore yuan quotes.

"Question is, how long until we break through 7, and where is the final stop? I think below 8 over the medium term, all things being equal."

The onshore yuan was quoted at 6.8137 in morning trading on Friday, down 0.31% from Thursday`s close of 6.7925, according to the Foreign Exchange Trade System.

China only allows the yuan to rise or fall 2% on either side of the daily fix, one of the ways it maintains control over the currency.

In August of last year, Beijing suddenly devalued the yuan, causing investors to dump the unit in volumes not seen since 1994 and sparking an outflow of capital from China.