Britain's new government, under Prime Minister Theresa May, has so far given little detail of what the country wants when it leaves the EU, saying it was focusing on preparing its negotiating stance for when it triggers the divorce procedure. 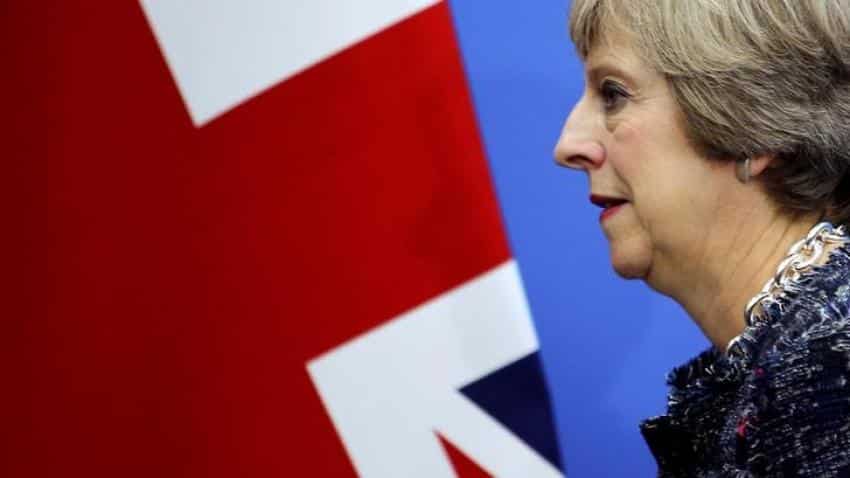 British Prime Minister Theresa May leaves following a news conference after the closing of G20 Summit in Hangzhou. Photo: Reuters

Britain is pressing for a "unique" deal with the European Union to restore sovereignty, reduce immigration and boost trade with the bloc after their split, the minister charged with negotiating Brexit said on Monday.

Britain's new government, under Prime Minister Theresa May, has so far given little detail of what the country wants when it leaves the EU, saying it was focusing on preparing its negotiating stance for when it triggers the divorce procedure.

After May rejected a "points based" system for immigration, her Brexit minister, David Davis, moved to ease concerns in his party by saying that reducing the flow of migrants was a top priority for a government conscious that many who voted to leave the EU on June 23 did so because of immigration fears.

He also said that cutting numbers would not necessarily mean Britain would have to give up its access to the EU`s lucrative single market - a fear that has muted some investment.

"As the prime minister has made clear, there will be no attempt to stay in the EU by the back door," Davis said, ruling out any suggestion there will be a second referendum to undo the first, which "Leavers" won by almost 52%.

"It means getting the best deal for Britain - one that is unique to Britain and not an `off the shelf` solution. This must mean controls on the numbers of people who come to Britain from Europe – but also a positive outcome for those who wish to trade in goods and services."

Accused by opposition lawmakers of "waffling" and lacking detail, Davis suggested there was little to lose to gain the restrictions over immigration despite warnings by EU officials that Britain must accept the bloc`s four freedoms - including that of free movement - to be a member of the single market.

A member of the ruling Conservative Party criticised his "optimistic tone", saying it was not enough to satisfy Britons who want to know what Brexit will look like.

"We are none the wiser about the government`s plans after David Davis’s statement. An optimistic tone is not enough and the phrase `Brexit means Brexit` has surely passed its shelf life," said Anna Soubry, who voted to remain in the EU.

"It's time for some detail."

No simple trade-off
Davis, addressing parliament for the first time since he was appointed after the vote, said the country could restore control over immigration and still get access to the EU`s single market because it was not in Brussels` interest to hurt trade.

"Neither do I think that it is a simple trade-off that an immigration control system which suits our country is necessarily one that will preclude a good trade relationship with the European Union," said Davis. "Trade relationships are beneficial to both sides."

He said it was taking time to come up with a negotiating position, saying the government was talking to businesses, big and small, to assess the risks to all sectors, especially in terms of passporting, which allows financial services firms in London to do business in Europe.

But he added that there would be no delay in quitting the EU, which will be started when Britain triggers Article 50 of the EU`s Lisbon Treaty. May has said that will not happen this year, with aides suggesting the officials were working towards a target of early next year.

Davis said the government`s focus was on getting it right.

"We will trigger Article 50 as soon as is reasonably possible," he said. "I would rather be a month late and get it right than be a month early and get it wrong."