A holiday in Japan kept volumes light, while investors observed the usual caution ahead of the US payrolls report which is expected to show a big bounce back from September`s hurricane-hit result. 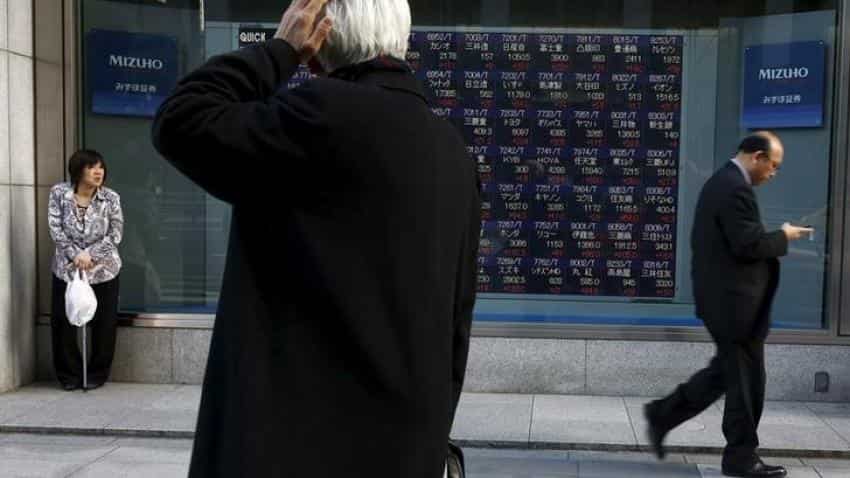 A man looks at an electronic board showing market indices outside a brokerage in Tokyo. Photo: Reuters

Asian shares took a breather on Friday as investors gave a guarded reception to Republican plans for massive US tax cuts, while welcoming the appointment of a centrist at the helm of the Federal Reserve.

Apple's stock reached new heights after it forecast holiday sales would beat market expectations, a likely positive for its many suppliers scattered across Asia.

EMini futures for the Nasdaq were already up 0.3% in reaction.

A holiday in Japan kept volumes light, while investors observed the usual caution ahead of the US payrolls report which is expected to show a big bounce back from September`s hurricane-hit result.

MSCI`s broadest index of Asia-Pacific shares outside Japan inched up 0.15%, to be just a whisker from its highest since late 2007.

News that Federal Reserve Governor Jerome Powell would be the new head of the U.S. central bank was well flagged, but still something of a relief.

In Washington, House Republicans finally unveiled long-delayed plans for deep tax cuts that President Donald Trump has promised, setting off a frantic race in Congress to give him his first major legislative victory.

Passage of legislation that mainly favours corporations and the wealthy was far from certain, and some business groups quickly came out against it.

"The tax package will undergo several re-writes and given the contentious debate on day one the final version is likely to be delayed and will be smaller in scope," said Richard Franulovich, an economist at Westpac.

"The market reaction to the tax plan details has been equally lukewarm."

Housing stocks also slid amid concerns over the tax plan`s cap on deductions for mortgages.

Currency investors were equally underwhelmed, leaving the US dollar flat against most peers as Treasury yields dipped. Against a basket of currencies it was stuck at 94.672 after a week of narrow range-trading.

Not so steady was sterling, which took a hammering overnight when the Bank of England hiked rates for the first time in a decade but said further moves would be "very gradual".

The pound suffered its largest single day slide against the euro since October last year and was last huddled at 89.20 pence. On the U.S. dollar it was down at $1.3061, having shed 1.45 % on Thursday.

Asian shares up on Fed optimism, sterling firms ahead of expected BOE hike