The stellar earnings report came just as the iPhone X went on sale Friday morning in Australia. Long lines were forming at Apple stores around the world. 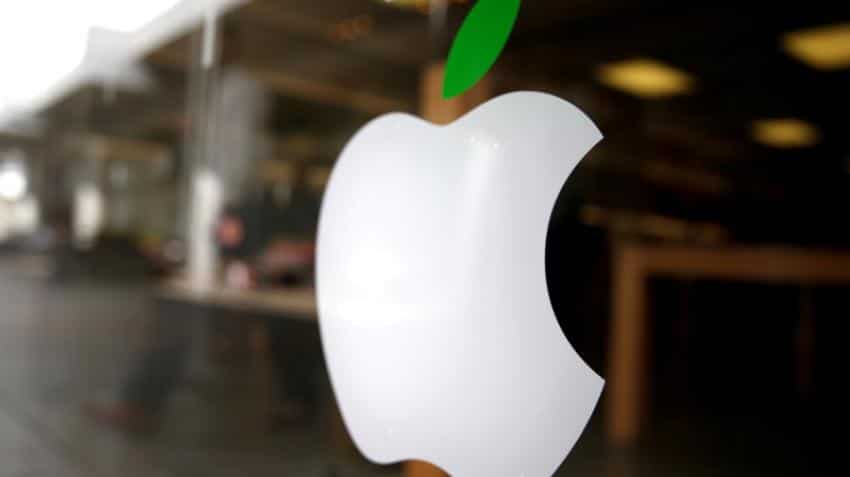 The logo of Apple (AAPL) is seen in Los Angeles, California. Photo: Reuters

The stellar earnings report came just as the iPhone X went on sale Friday morning in Australia. Long lines were forming at Apple stores around the world, recalling the consumer frenzy that greeted early versions of the iPhone, but had faded with more recent launches.

The earnings demonstrate how Apple is able to drive growth across an ever-expanding product line that now includes five different iPhone models along with the iPad, the Mac, the Apple Watch and a suite of fast-growing services offerings.

"We had good success, I would say, through the different iPhones," Cook said on a call with analysts. "We tried hard to have an iPhone that is as affordable as possible for people that really want an iPhone, but may have a more limited budget."

"Where the demand curve and supply curve are going to intersect, we do not know. It does not have a predecessor product," Maestri told Reuters.

"A trillion-dollar market cap may now be in Cook`s sights in light of these results and guidance around iPhone X," said Daniel Ives, an analyst at GBH Insights, referring to Apple`s chief executive.

The Cupertino, California-based company`s market capitalisation of about $868 billion already makes it the world`s most valuable publicly-traded company.

There are still questions around supplies of the new phone and longer-term demand.

Bob O`Donnell, head of Techanalysis Research, cautioned that if Apple is not able to fill demand for iPhone X over the holiday quarter, it would push buyers to wait until Apple`s March quarter, by which time they may have spent their money elsewhere.

"What we don`t know is, how long will this first group of (iPhone X buyers) last?" O`Donnell said.

Apple forecast a gross margin of 38 % to 38.5 %, higher than many analysts expected because new products often have higher costs.

Maestri attributed the margin strength to Apple`s growing services business, which brought in $8.5 billion in revenue compared to analyst estimates of $7.5 billion. That included a favourable $640 million adjustment, though Apple officials did not elaborate.

Analysts on average were expecting total revenue of $50.7 billion, according to Thomson Reuters I/B/E/S.

Apple also said it returned to revenue growth in China, bringing in $9.8 billion compared with $8 billion a year ago, driven by double-digit unit sale increases of the iPhone. Maestri also told Reuters the company had doubled its revenue in India during the fiscal fourth quarter, though he did not give any details.