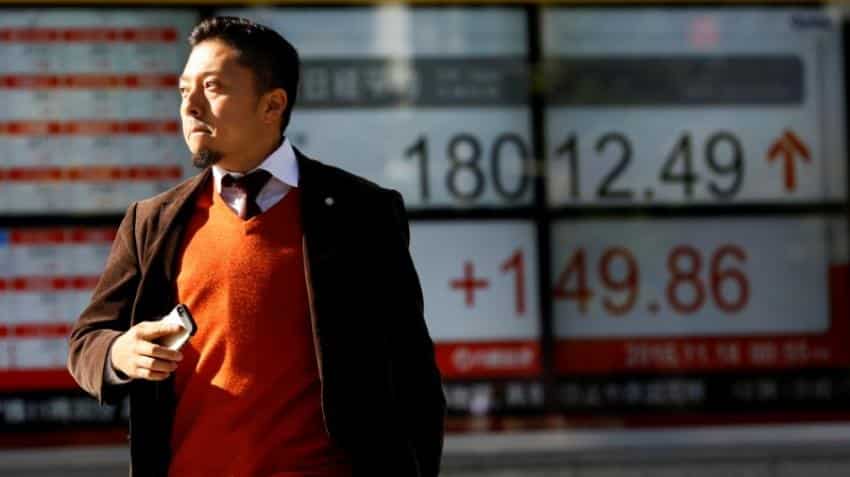 Man walks past an electronic board showing Japan's Nikkei average outside a brokerage in Tokyo. Image Source: Reuters
Written By: Reuters
RELATED NEWS

MSCI`s broadest index of Asia-Pacific shares outside Japan was up 0.1% in early trades. It is poised to post a second consecutive monthly loss.

Early action in Asian stocks was just as guarded with Australia down 0.16%, the Nikkei flat and South Korea was up 0.2%.

In currency markets, the US dollar consolidated recent gains against a trade-weighted basket of its peers with investors looking to buy on dips after strong data.

The US economy grew faster than initially thought in the third quarter (Q3), notching its best performance in two years.

Oil slumped by roughly 4% on Tuesday before bouncing somewhat as most analysts concluded the Organisation of Petroleum Exporting Countries (OPEC) would cobble together a deal at its meeting in Vienna on Wednesday to cut production to some extent. The meeting starts at 1000 GMT.