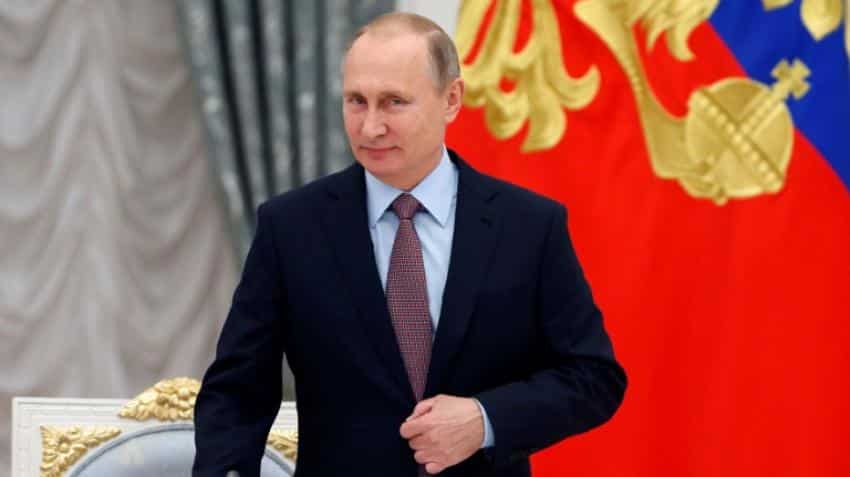 "The importance of steps taken by OPEC to limit the production of commodities was emphasised as an essential element for stabilising world oil markets," it said. Image Source: AFP

Russian President Vladimir Putin and his Iranian counterpart Hassan Rouhani on Monday expressed support for OPEC`s plans to limit the cartel`s output ahead of a crucial meeting this week.

In a telephone conversation, the two leaders said the cartel`s efforts were "an essential element" for returning stability to global oil prices, a Kremlin statement said.

"The importance of steps taken by OPEC to limit the production of commodities was emphasised as an essential element for stabilising world oil markets," it said.

During their conversation, the two leaders also "agreed to continue to coordinate their efforts on the world energy markets, including the dialogue on energy between Russia and OPEC," it added.

The phone call came ahead of a Wednesday meeting of Organisation of Petroleum Exporting Countries (OPEC) ministers in Vienna for talks on reducing the cartel`s output by up to a million barrels per day.

The aim is to reduce the mammoth global supply glut and push the market price of oil above $50 a barrel.

Negotiations between the cartel`s 14 member states have been under way for weeks to discuss cuts the production cuts each country would make to ensure the success of the deal.

Such cuts have been repeatedly called for by members such as Venezuela and Nigeria, but the efforts to reach a deal have been undermined by rivalries between Iran and Saudi Arabia and the precarious situation in conflict-hit producers like Iraq and Libya.

OPEC ministers last met in September for an informal meeting in Algiers aimed at curbing production by 32.5-33 million barrels per day and reaching agreement with other non-OPEC members like Russia, which favours moves to strengthen prices that have been depressed since 2014 due to a stubborn supply glut.

Russia, which has been hit hard by low prices and Western sanctions, has said it is ready to freeze output but not to cut it.

And Iran, which has only been free to export oil since last year`s nuclear deal, has said it won`t cut production until it has reached pre-sanctions levels.

Should OPEC succeed in reaching a deal on Wednesday, it would be the first time in eight years that the cartel agrees to reduce its production.

Mixed signals from OPEC ministers caused fresh volatility on oil markets on Monday, after Saudi Arabia appeared to suggest that Riyadh could live with the cartel failing to agree a cut, saying recovering demand would stabilise prices next year anyway.