Here's your guide on what to look out for from the next fiscal's Union Budget. 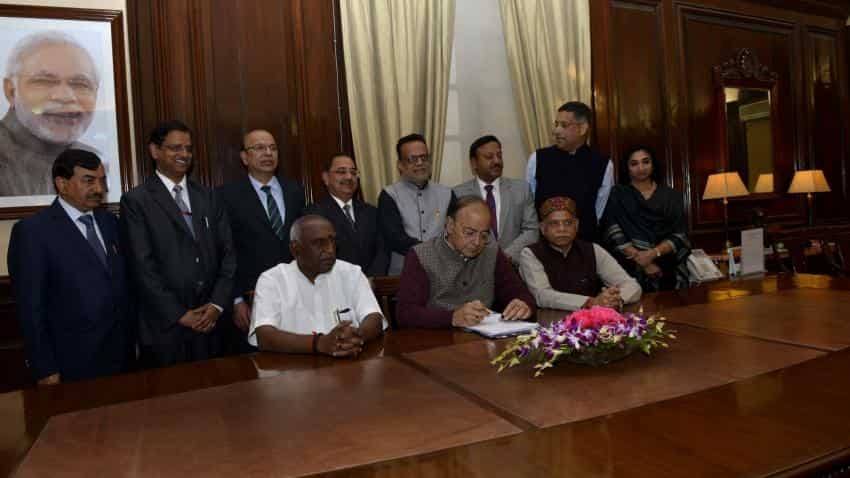 The Finance Minister, Arun Jaitley and his team has embarked on his journey to parliament on Thursday morning where he will present the next financial year’s union budget. Amidst the ritual picture ceremony that Jaitley has with his budget briefcase the common persons wait in anticipation of the pressing question - ‘what will the budget hold for me?’

Delhi: Finance minister Arun Jaitley and his team ahead of the #UnionBudget2018 presentation pic.twitter.com/LrECFu4gYP

A live telecast of the Union Budget 2018-19 will be aired on Lok Sabha television from 11 am onwards today. Those viewing the copy only will be able to view a live webcast of Rajya Sabha TV.

The union budget can almost be compared to preparing a budget list for a small family household at the beginning of every month. Apart from the many obvious differences, India’s union budget is presented every year before the start of the next fiscal. Targets are set and money is allotted for varying expenditures like railways, infrastructure, fixing the NPA problem, among others.

Exemption on the interest rates of home loans is what the masses eagerly await to hear.

An Income Tax Exemption for the principal amount of home loans under Section 80C is applicable. However the cap of Rs 1,50,000 is shared with other investments like PPF, LIC.

Tweaking of income tax slabs is another most watched pointer from the budget. The government may tweak income tax slabs to bring down the tax burden on individuals in the country by at least 5% in the Budget 2018.

With the rollout of GST last year, people wait in anticipation for further reduction or changes to the existing rates under the unified tax bracket.

A possible rate reduction on electric vehicles may be discussed during the budget.

Also Read: This is what the common people expect from Union Budget 2018