Let’s take a short tour around the budget-making ceremony 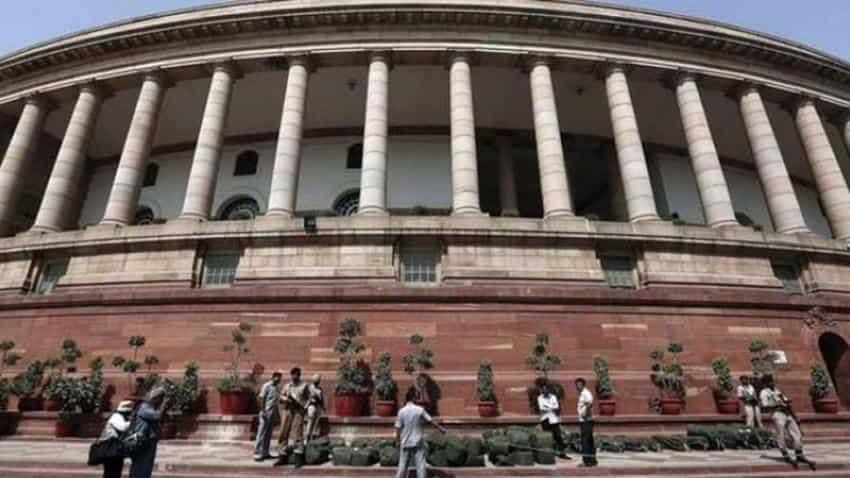 The cabinet is given the budget brief just 10 minutes before the budget is tabled on the D-day. Image source: PTI
Written By: ZeeBiz WebTeam
RELATED NEWS

2018 is a busy year for Modi government with eight assembly elections and the NDA will also have to prepare for 2019 Lok Sabha elections.

Long before the budget is presented, the process of discussion with various stakeholders and ministries starts. The Finance Ministry consults with various ministries about the expenditure and receipts.

In the early December, the government holds a pre-budget consultation with economists, bankers, agriculturist, stakeholders, state representatives and trade unions. The stakeholders present their demands including fiscal support and tax incentives.

The budget proposals are discussed and finalised with the Prime Minister in close consultation.

The process of budget making starts with the preparation and distribution of ceremonial Halwa.

The process of planning the country’s economic course over the next financial year and putting down those ideas on the paper is carried out in top secrecy.

This secrecy is maintained in North Block, the building that houses Finance Ministry.

A week before the presentation of the budget, around 100-odd officials who are involved closely with the making of budget are completely cut off from the outside world.

The budget documents are printed in the press which is located at the basement of the North Block.

The officials of the Press Information Bureau prepare the press release in Hindi, English and Urdu.

The cabinet is given the budget brief just 10 minutes before the budget is tabled on the D-day.