The government has also given thrust upon developing disaster resilient infrastructure with an allocation of Rs 60 crore in 2018-19. 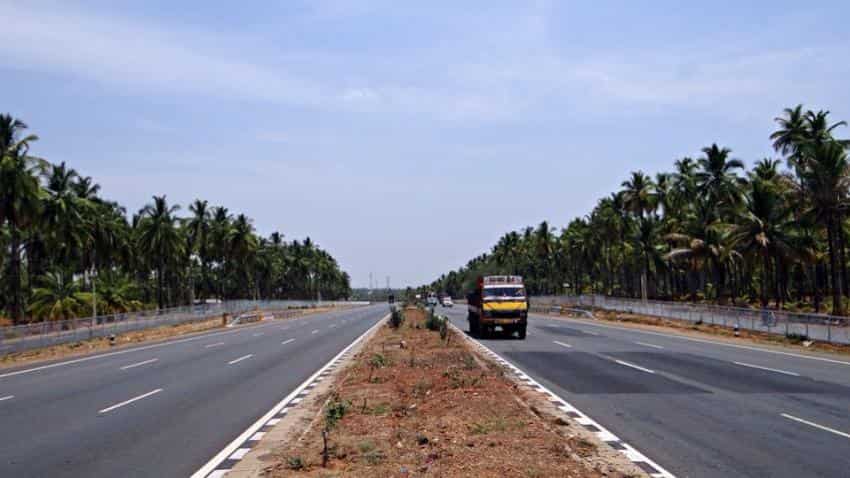 In the Road sector, the recently approved Bharatmala Pariyojana aims to develop about 35,000 km of highways at a cost of Rs. 5,35,000 crore in Phase I. Image source: Pixabay
Written By: ZeeBiz WebTeam
RELATED NEWS

By enhancing allocation for the Infrastructure Sector in the Union Budget 2018-19, the government has recognised its role as the growth driver of the economy.

The government has also given thrust upon developing disaster resilient infrastructure with an allocation of Rs 60 crore in 2018-19.

In addition, tourist amenities will also be upgraded at 100 Adarsh monuments of the Archaeological Survey of India (ASI), said the Finance Minister, who lauded the work being done under the government’s inter linked programs – Smart Cities Mission and the AMRUT.

He informed that 99 cities have been selected with an outlay of Rs 2.04 lakh crore under the Smart Cities Mission.
"Projects worth Rs 2350 crore have been completed and works of Rs 20,852 crore are under progress. The National Heritage City Development and Augmentation Yojana (HRIDAY) has been taken-up to revitalize heritage cities," he said.

"Under AMRUT programme, state level plans of Rs 77,640 crore for 500 cities have been approved. Water supply contracts for 494 projects worth Rs. 19,428 crore and sewerage work contract for 272 projects costing Rs 12, 429 crore has been awarded. 482 cities have started Credit rating and 144 cities have got investment grade rating," the FM added.

The Finance Minister announced that his Ministry will leverage the India Infrastructure Finance Corporation Limited (IIFCL) to help finance infrastructure projects including investment in education and health infrastructure.

In the Road sector, the recently approved Bharatmala Pariyojana aims to develop about 35,000 km of highways at a cost of Rs. 5,35,000 crore in Phase I. The National Highways Authority of India (NHI) will consider organizing its road assets into Special Purpose Vehicles and use innovative monetizing structures like Toll, Operate and Transfer (TOT) and Infrastructure Investment Funds (InvITs) for raising funds.

In the Civil Aviation Sector, the Budget 2018-19 announced a new initiative NABH Nirman to expand airport capacity by more than five times to handle a billion trips in a year. The expansion will be funded by leveraging the balance sheet of Airports Authority of India. Domestic air passenger traffic has grown at 18% per annum and the regional connectivity Scheme UDAN, will connect 56 unserved airports and 31 unserved helipads across the country.Opertions have already started at 16 airports.

In the sector of Digital Infrastructure the General Budget 2018-19 announced a doubling of allocation on Digital India Program to Rs 3073 crore in 2018-19. Department of Science and Technology will launch a Mission on Cyber Physical Systems to support establishment of centers of excellence for research in training and skilling in robotics, artificial intelligence, digital manufacturing, big data analysis and quantum communication.

Rs 10000 crore have been provided in Budget 2018-19 for creation and augmentation of telecom infrastructure. The Government proposes to set up 5 lakh wifi hot spots which will provide broadband access to 5 crore rural citizens. The Finance Minister informed that the Phase I of Bharatnet Project has already enabled broadband access to over 20 crore rural Indians.

Jaitley also announced that NITI Aayog will initiate a national program to direct efforts in the area of artificial intelligence. To harness the benefit of emerging new technologies, the Department of Telecom will support establishment of an indigenous 5G Test Bed at IIT, Chennai.

The government will take all measures to eliminate the use of crypto-assets in financing illegitimate activities. The Government will also explore the use of block chain technology for ushering in digital economy.