Polls in Uttar Pradesh, Uttarakhand, Manipur, Punjab and Goa will be held between February 4 and March 8. 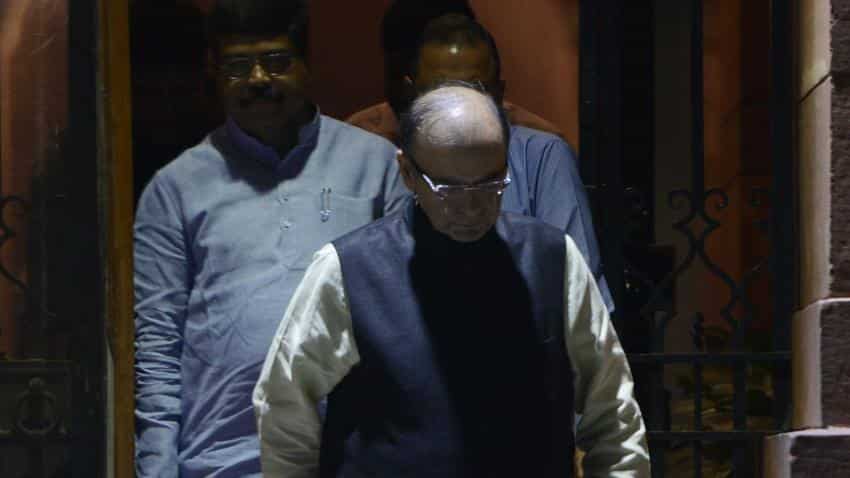 The government's achievements in respect of the five states "will not be highlighted in any manner." Photo: IANS
Written By: PTI
RELATED NEWS

Election Commission on Tuesday gave its nod to the Centre to present the Union Budget on February 1 ahead of the Assembly polls, but said no schemes related to these poll-bound states can be announced and the Finance Minister's speech should not refer to the government's achievements in these states.

It also reminded the government of a 2009 advisory which said vote-on-account instead of a full fledged budget is presented ahead of elections as per convention.

"The Commission hereby directs that in the interest of free and fair elections and in order to maintain level playing field... No state-specific schemes shall be announced which may have the effect of influencing the electors of the five poll going states in favour of the ruling parties," the EC told Cabinet Secretary P K Sinha.

It also said in the Finance Minister's speech, the government's achievements in respect of the five states "will not be highlighted in any manner."

Polls in Uttar Pradesh, Uttarakhand, Manipur, Punjab and Goa will be held between February 4 and March 8.

Referring to the 2009 advisory, the poll panel said it "expects that the advice given by the Commission in that (letter) will also be duly kept in view by the government at the time of the presentation of the Budget for the financial year 2017-18".

In 2009, the EC had said that it would not like to lay down a precept or prescribe a course of action regarding budgets during poll time.

"However, it would advise in case of states that are going for Assembly polls that a vote-on-account should be taken," the poll panel had said.

Earlier in the day, the Supreme Court had dismissed a plea seeking postponement of Union Budget presentation ahead of the upcoming Assembly elections in five states, saying there was no illustration that it would influence voters.

The one-page EC letter did not specifically say that the Centre is free to present the Union Budget as per its plan on February one.

The government has maintained that advancing of Budget presentation was necessary as it would ensure that all budgetary provisions are allocated to different sectors from April 1, the beginning of the new fiscal.

The Budget is usually presented around last week of February and, as a result, the approval of the Budget spills over to the next financial year, delaying the start of new programmes.

When the opposition had objected to the Budget presentation in 2012 during the Assembly polls to Uttar Pradesh, Uttarakhand, Punjab, Manipur, Goa, the then UPA government had accepted their stand and postponed presentation of the Union Budget from February 28 to March 16.

The Commission had asked the Cabinet Secretariat earlier this month to respond to a representation by opposition parties urging the poll panel to make the government postpone the Budget till the Assembly polls are over.

The Budget session has already been convened from January 31 when the President will address the joint sitting of the two Houses. The Union Budget and the Economic Survey are slated to be presented the next day.

The opposition parties had written to the President and the Commission objecting to the presentation of the Union Budget on February 1 ahead of the Assembly elections and demanded that the government be asked to defer it.