Reading couplets has become an unwritten custom for this annual event 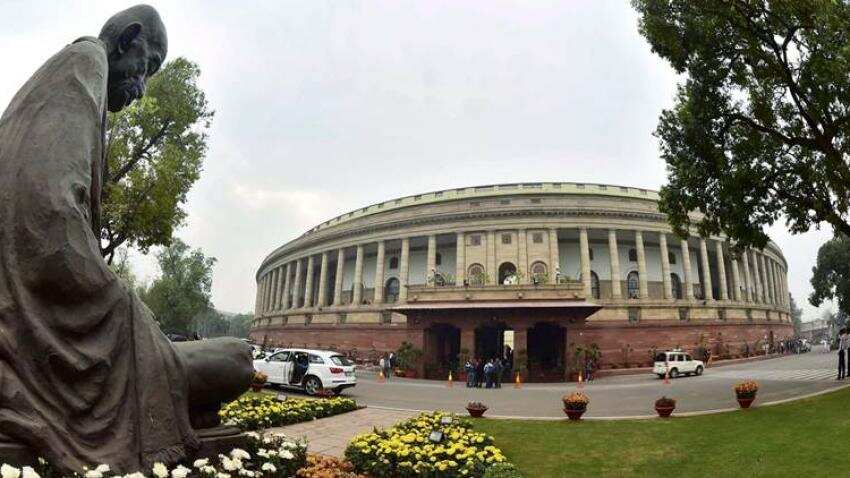 In past two-and-a-half decades, we have seen our finance ministers reciting couplets during the presentation of the annual Budget in Parliament.

Hope that Finance Minister Arun Jaitley too will not disappoint us by not reading couplets  during the Budget presentation today.

In fact, reading couplets has become an unwritten custom for this event. Finance Ministers  either open or end the Budget with a verse.

At a time when we are talking about the use of couplets and verses during the presentation of the Budget, you should be informed about the person who started this custom.

Undoubtedly, Manmohan Singh is the person who started this custom of use of couplets. Manmohan Singh, who later served as Prime Minister, started the custom in 1990's as the finance minister of India.

Singh's first couplet during the presentation of Union Budget read "Yunnan-o-Misr-o-Rom sab mit gaye jahaan say. Ab tak magar hai baaki, naam-o-nishan hamara." This couplet was used during presentation of Union Budget 1991-92. The couplet means old civilisations of Greece, Egypt and Rome have vanished from the earth. There is some reason that our civilisation is still alive.

Some of the couplets that were used on the occasion of Budget presentation are:

Yashwant Sinha used certain verses during the presentation of Budgets for the financial year 2001-02 and 2004-05.

The two verses were:

P Chidambaram used the verse "Kalangathu kanda vinaikkan thulangkathu thookkang kadinthu seyal" during the presentation of the Union Budget 2013-14 (what clearly eye discerns as right, with steadfast will and mind unslumbering, that should man fulfill).

While presenting Union Budget 2015-16, Jaitley said "Kuchh to gul khilaye hain, kuchh abhi khilaane hain, par baagh mein ab bhi kaante kuchh puraane hain" (This translates to be ''we have made few flowers to bloom and others will bloom soon, but at present, the garden is full of several old thrones).

Jaitley also recited a couplet while presenting the Union Budget 2017-18 by using a Hindi verse "hum agey agey hai, ayie aap" (We are ahead of you, please follow us).