Carmakers give Budget 2017 a thumbs down

Besides mentioning the word car once, the Finance Minister failed to give much to the industry in order to boost it's growth. 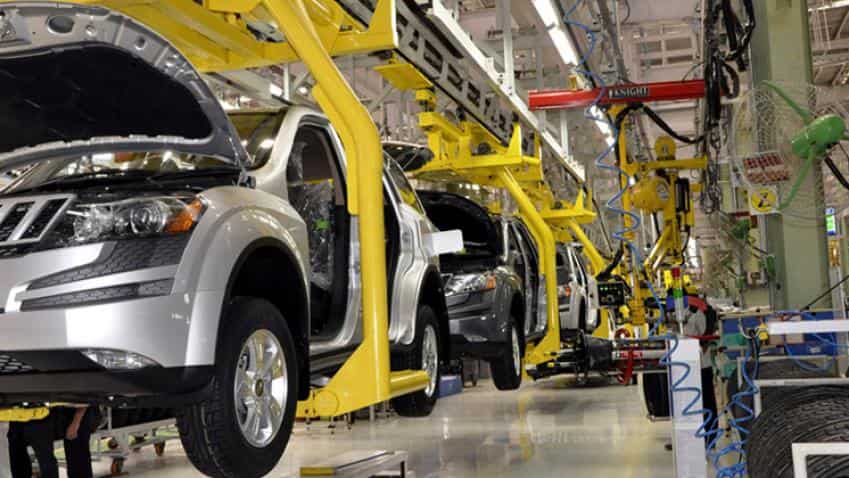 Cars in the production line in a factory. Photo: Mahindra official website

While Finance Minister Arun Jaitley mentioned that there is a huge amount of people in India buying cars and not paying taxes, this was about all Union Budget 2017 had for the automobile industry.

“The number of people showing income more than Rs 50 lakh in the entire country is only 1.72 lakh. We can contrast this with the fact that in the last five years, more than 1.25 crore cars have been sold, and number of Indian citizens who flew abroad, either for business or tourism, is 2 crore in the year 2015. From all these figures we can conclude that we are largely a tax non-compliant society,” said Jaitley.

The only takeaways for this industry was the government's investment in infrastructure and the building of roads. Apart from this, is the increasing the exemption of the personal income tax exemption levels. This industry experts expect to push the growth of automobile sales during the year.

Anand Mahindra, Chairman and Managing Director of Mahindra Group said, “On principle, I never make pre/post budget comments, and maintain that the budget shouldn't be seen as the main policy reform instrument. But am elated by a) The reforms in political funding b) Merging of the rail budget c) Abolition of FIPB d) Removal of plan/non-plan labels. These steps are big signals about the government's mindset. It shows its determination to shed the skin of legacy and step firmly into the future.”

ACMA, the apex body representing India’s auto component sector, welcomed the measures announced in the Union Budget providing the much needed thrust to the economy through measures for rural development, infrastructure development, skilling, announcement of GST, affordable housing, among others.

President ACMA, Rattan Kapur, said, “ACMA also welcomes the reduction in corporate tax on MSMEs giving them the much needed encouragement and relief; over 70% of the companies engaged in the auto component sector are small and medium enterprises. Further, with growing content of electronics in vehicles, most of which is imported, it is encouraging to note that the budget has an increased the allocation of Rs 745 crores for electronics manufacturing.”

Sumit Sawhney, Country CEO and MD, Renault India Operations said, “The 10 fold increase of skill centers will increase availability of skilled work force across industry segments. However, for job creation, there was expectation of pro-business policy for the manufacturing sector including the automobile industry which is one of the key pillars of the economy.”

“Having said that, there are some linkages that the automobile industry can benefit from, led by the focus on infrastructure development including that on rural road development which will lead to faster and more effective mobility solutions. Also, synergistic investments in rail, road and river will ease supply chain operations and will benefit logistic heavy segments like the automotive industry and hopefully bring down logistics costs. The boost to National Highways, coastal connectivity, and ports is another step to bolster last mile connectivity for manufacturing sector and will also aid exports. Another positive is the abolition of FIPB, which is a great step in the direction of ease of doing business and making India investor friendly, hopefully attracting more FDIs,” he added,

Sawhney however said that the government had missed out on one of the focal decisions that the automotive sector was looking forward to from this budget was the GST roll-out, and how different vehicle categories will be taxed. “Another area which deserved attention was the vehicle scrappage policy. A clear roadmap on these policies would have given a boost to the industry. Although the budget didn’t have much for the automobile sector, we are hopeful for some pro-business policies on a continual basis to benefit the industry,” he said.

Similarly, Guillaume Sicard- President – Nissan India Operations welcomed the Budget 2017 but said it had nothing substantial for the research and development of the automobile sector. “The Income tax rate cut from 10% to 5% for individual tax payers earning under 5 lacs per annum will create a positive sentiment among likely first time buyers for entry level and small cars. However, there is nothing substantial for R&D for automotive industry, EV and Hybrid vehicles, which is a dampener. We look forward to the implementation of GST for the automotive sector in the months to come to offer the much needed stimulus to the auto industry and encourage buyer sentiment and consumer confidence. ”

Dhruv Chopra, Chief Marketing Officer at CarWale said, “A disappointing budget for car buyers and car makers alike. In the larger interest, we welcome and support the announcements on linking car purchase to tax compliance, and also on restrictions on cash dealings above Rs 3 lakhs. But there are some big misses in this budget - no announcements to encourage electric vehicles or cleaner fuels to hasten the technology shift; no benefits announced for scrapping older vehicles or incentives for hybrids either; and nothing to invite the auto industry to "Make in India". These are all opportunities that would have had immense benefits for the environment, the economy and people at large. One can only hope that the reduction in direct taxes and increased infrastructure investments will help increase demand, although at the outset this appears unlikely given the increase in car prices with the added cess.”

Here's what the Budget 2017 has in store for the poor, underprivileged