According to analysts, Modi government is going to spend on the rural economy in the upcoming Union Budget 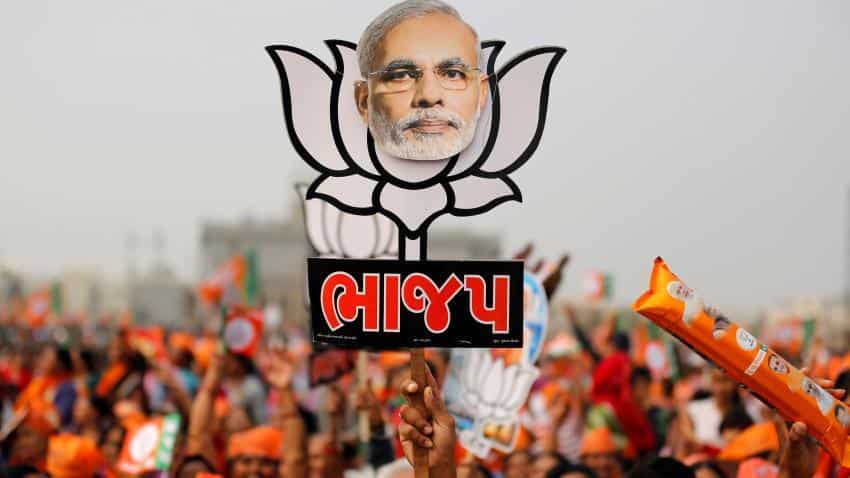 With the fall in vote share of the Bharatiya Janata Party (BJP) in rural constituencies of Gujarat in the recently concluded Assembly elections, compared to the 2012 Assembly elections, the Centre is likely to pay more attention to rural sectors in the upcoming Budget.

The BJP tally came down to 99 seats in 2017 compared to 119 in 2012, and this was not due to the disruption caused by the goods and services tax (GST) or demonetisation, it was rural constituencies where the party performed poorly.
BJP's traditional stronghold of Saurashtra, which has 56 assembly seats, the ruling party could win only 23 in 2017, compared to 36 in 2012.
Analysts say that the Modi government is going to spend on the rural economy in the upcoming Union Budget to shed its image as pro-industrialist and anti-poor.
“After three years of subdued rural consumption, there are now increasing signs of a pickup,” Bloomberg quoted Gautam Duggad, analyst at Motila Oswal, as saying last week.
“We expect policy action, with the Budget speech focusing on farm distress, and a ramp-up of DBT on fertilisers, crop insurance, and innovative price guarantee schemes for farmers,” Neelkanth Mishra of Credit Suisse wrote was quoted as saying.
5 stocks that might be benefited from the government's rural push are:
Godrej Agrovet
A leading Godrej group entity is present in animal feed, crop protection, oil palm, dairy and poultry & processed foods. The company expects sales to grow at ~16% CAGR and operating profits to register~19% CAGR till 2019, driven by increasing capacity utilisation.
Further, a decline in finance costs would assist net profit expansion at 31%. The stock currently trades at reasonable valuation of 27x.
Mahindra & Mahindra Financial Services
Motilal Oswal has buy call for this stock. Being one of the most levered non-banking financial companies (NBFCs) to the rural economy, Mahindra & Mahindra Financial Services (MMFS) is witnessing a turnaround in both growth and asset quality, with two successive normal monsoons (2016 & 2017) as well as the government’s focus on rural spending.
Hatsun Agro Products
IIFL gave buy call for this stock. The company is expanding procurement infrastructure to improve margins. It commands 2x valuation multiple compared to its peers owing to better procurement network. IIFL estimates PAT CAGR of 34 per cent over FY17-20E.
Dabur India
IIFL was positive on this stock. Dabur has good exposure in rural India. About 50% of the company's domestic sales comes from rural India. For 2QFY18 rural sales grew by 11%, faster than its growth in urban sales at 10%.
Mahindra & Mahindra
Edelweiss Financial was positive on this stock. The company has the exposure in the rural market among the key auto original equipment manufacturer (OEMs), making it the best bet on rural market recovery due to good consecutive monsoons and loan waivers across states.
'Disclaimer: This story is for informational purposes only and should not be taken as investment advice.'