Xiaomi Redmi Note 5A was launched in three variants of which the base variant is priced at 699 Yuan (about Rs 6,700). 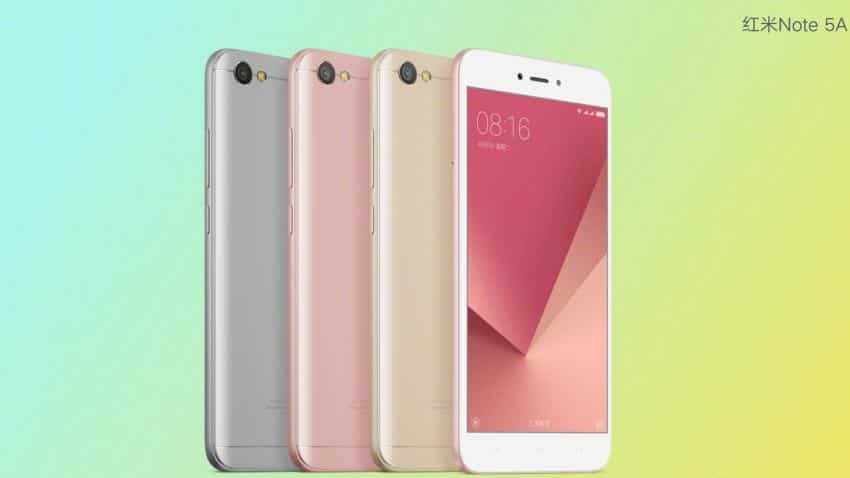 Xiaomi launched its latest smartphone the Redmi Note 5A on Monday price starting at 699 Yuan (about Rs 6,719). The smartphone was launched in China with CEO Lei Jun confirming the launch.

The Xiaomi Redmi Note 5A comes with a 16 megapixel front camera with a dedicated flash for selfies and a three slot tray out of which two are for SIM cards and one for microSD expansion.

Other specifications of the Xiaomi Redmi Note 5A include a 5.5 inch HD display and will be powered by Snapdragon 435 processor. It also features a 2GB RAM and 16GB internal memory. This can be expanded up to 128GB.

The smartphone will run on Android 7.1.1 Nougat with MIUI 9 and will support 4G VoLTE. At the rear it the Xiaomi Redmi 5A will have a 13 megapixel rear camera with LED flash.

However, the low-end variant of the Redmi Note 5A will have a 5 megapixel front shooter without a flash, the rear camera will remain the same.

The Xiaomi Redmi Note 5A will come with a 3080 mAh battery.

The top variant will have a fingerprint sensor at the back of the top-end variant of the phone and runs on the company's MIUI, which is based on Android 7.1 Nougat.

It comes in colours such as Champagne Gold, Rose Gold and Platinum Silver.

The Xiaomi Redmi Note 5A will go on sale in China starting August 22. It is yet to be known when it will be launched in India.