While this price range is okay for Europe, the price of Rs 3,899 is quite high for a feature phone currently in India. 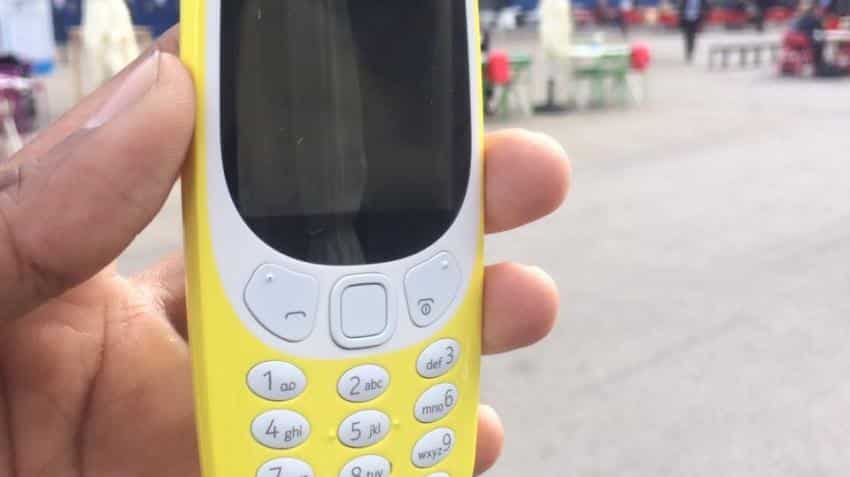 One of the most anticipated launches in India is the Nokia 3310 and already there are several reports stating the arrival of the iconic feature phone. While some media reports expected to be in May, other state it will be out by June. However, giving us an idea that Nokia 3310 will be in India sooner than expected and its price, an Indian retailer website OnlyMobiles.com has already listed Nokia 3310 at a price of Rs 3,899. It also mentions that it will be out soon.

The phone is scheduled to go on sale in Germany and Austria starting April 28. While it is expected to come into India in May, Nokia has not officially confirmed the same. Also the authenticity of the information put out on the online retailer cannot be verified as Nokia has not yet confirmed the price in India.

Also read: Nokia 3310 to be launched in India by June; here's price, availability and more

However, if this is the price for the Nokia 3310 it puts the price quite high at nearly Rs 4,000, especially in a price sensitive market such as India. The feature phone was initially launched in Europe priced at 49 Euro (about Rs 4,000). While this price range is okay for Europe, the price of Rs 3,899 is quite high for a feature phone currently in India. This is as most of the top competitors in the feature phone market are priced below Rs 3,000.

Also read: The 145 million feature phone market in India that Nokia can target with 3310

Samsung, which is a market leader in the feature phone market in India, price their phones substantially lower in comparison to Nokia 3310 ranging from Rs 1,500 onwards to Rs 3,000. Similarly Lava feature phones are priced Rs 1,300 onwards and go up to Rs 3,000. In fact, Intex has the lowest priced feature phone the Intex Eco 105 priced at just Rs 819.

Samsung has a 24.5% market share, followed by Indian manufacturers such as Lava with 12.3% and Intex with 11% market share. The other 52.2% market share in feature phones is shared by other 103 brands.

Also read: Cheaper priced 'Made in India' Nokia 3310 phones to be available by June

However, a majority of the feature phone buyers are mainly in rural India. These buyers are price sensitive when buying feature phones. Those that can afford to put a little more into buying a phone will want to go for a smartphone instead as prices start from Rs 5,000 onwards.

While HMD Global is playing on the nostalgia card for the Nokia 3310, a large majority of its buyers are still the still the ones in the smaller towns and villages of India. The question is will trust on the brand still stand for buyers to spend more on the feature phone.