TOP 5 most popular smartphone GAMES for you - FULL LIST

India has nearly 450 million smartphone users and mobile gaming has come of age with quality gaming apps at affordable prices. 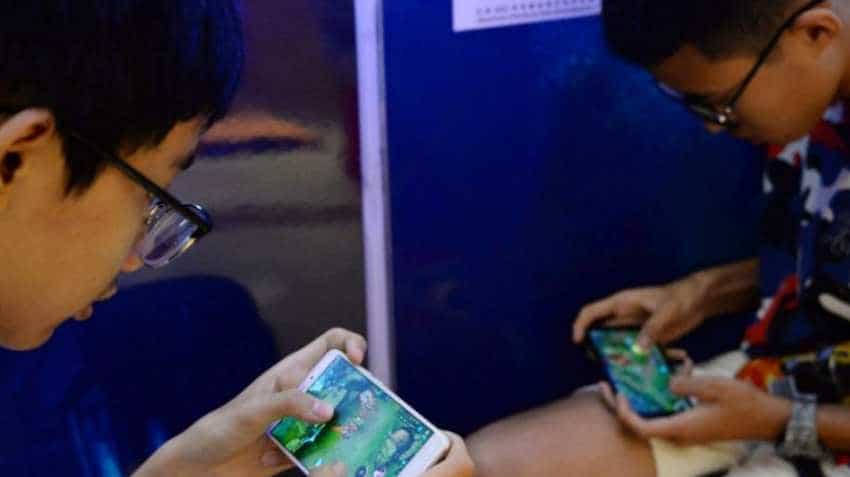 Call of Duty is the most popular mobile game at the moment, followed by another Battle Royale Game "PUBG Mobile". Image source: Reuters
Written By: IANS
RELATED NEWS

India has nearly 450 million smartphone users and mobile gaming has come of age with quality gaming apps at affordable prices. According to US-based digital media company ranker.com, Call of Duty is the most popular mobile game at the moment, followed by another Battle Royale Game "PUBG Mobile".

Part of the popular Battle Royale Games, these are live settings where 100 players join you. These games receive regular updates which keep them fresh. "These games have two strengths. One is their rich content/media based on high-quality graphics, etc, making them attractive and engaging. "These games also leverage the social networking behaviour of users. It allows them to multi-play among friends, groups or even unknown associations," Faisal Kawoosa, Founder and Chief Analyst, techARC, told IANS.

Minecraft is the third most popular mobile game, followed by Clash Of Clans and Clash Royale. Here is why you would like to play these games on your smartphone.

Call of Duty: Earlier this month, US-based video game publisher Activision, in collaboration with China-based Tencent, launched "Call of Duty: Mobile" in countries where Google Play and App Store are supported. The game has created history by racking up more downloads than any other mobile game ever, revealed analytics firm Sensor Tower. It has reportedly achieved over 100 million downloads since going live at the beginning of the month.

In the game, up to 100 users fight for survival in a map designed for the mobile title, featuring locations from across Call of Duty franchise in solos, duos or four-person teams. Players can battle across land, sea and air with vehicles including an ATV, helicopter and tactical raft, while finding and equipping gear and weapons that span the series.

The company also launched the lighter version of the same -- PUBG Mobile Lite. It is the toned-down version of PUBG Mobile that hit the Indian market in July this year. PUBG Mobile Lite features a smaller map made for 60 players, which means faster-paced games that last 10 minutes while still keeping the traditional PUBG style of play.

With an installation pack of just 400MB and built for devices having less than 2GB RAM, the lite version aims to run smoothly for all players.

Clash of Clans: It is a mobile strategy video game developed and published by Finnish game developer Supercell. It is a free-to-play game on Android and iOS devices, with plenty of in-game purchases and upgrades. The game was released for iOS platforms on August 2, 2012, and on Google Play for Android on October 7, 2013. In just over three years, Supercell's Clash Royale surpassed $2.5 billion in revenue, according to Sensor Tower.

Clash Royale: The game combines elements from collectible card games, tower defense, and multi-player online battle arena. The game was released globally on March 2, 2016 and reached $1 billion in revenue in less than a year in the market.

The latest Clash Royale update is now available for download.

Minecraft: Minecraft is a sandbox video game created by Swedish game developer Markus Persson and released by Mojang in 2011. The mobile game is available on Android, iOS, Windows 10, Windows Phone, Windows 10 Mobile, Fire OS. Interestingly, Minecraft received critical acclaim as well as won various awards and has been described as one of the most influential and greatest video games in history. The game sold over 176 million copies across all platforms by late 2019 and is the single best-selling video game of all time. Additionally, the game has over 112 million monthly active players.