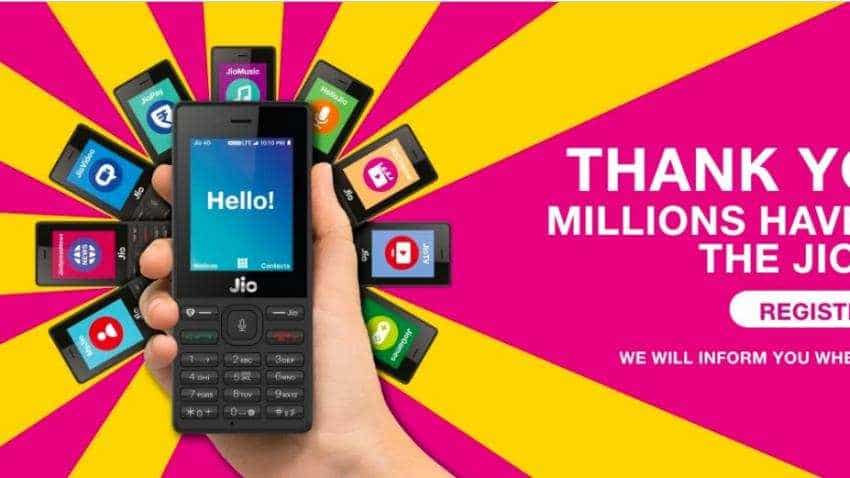 Mukesh Ambani-owned Reliance's most affordable feature phone, JioPhone, will now have hotspot feature. The JioPhone, which was launched in June 2017, is being enabled to share internet connectivity, and the company after testing the functionality would soon roll out this facility to all JioPhone users, said a TelecomTalk report. Jio had earlier promised that it would bring hotspot functionality and the update is finally being rolled out.

To find this new feature, you need go to Settings and then check for the hotspot in the Internet sharing tab. If there is no option of Wi-Fi hotspot sharing, your phone has not been updated yet. Once you update the JioPhone with the latest software update, this feature would be available on the Internet Sharing tab, said the report.

To enable hotspot on your JioPhone, just go to Settings and then to the Internet and Sharing option under the Networks and then to the connectivity menu to find the Wi-Fi hotspot sharing option. Since it is turned off by default, you should tap on the Wi-Fi hotspot option and select ‘On’ to set the password for connection in the same option. This will now allow you to rename the network in the same panel as well.

Notably, JioPhone sports a 2.4 inch screen with QVGA display with a resolution of 240 x 320 at 167 ppi and runs on KAI OS HTML5-based Firefox OS. The 4G feature phone is powered by 1.2GHz dual-core proceessor core processor and boasts of connectivity options like WiFi, 3G, 4G, NFC Bluetooth capabilities. Supported by a 2000 mAh battery, JioPhone sports 512MB of RAM with an expandable storage of 4GB.

Jio has also launched new Kumbh JioPhone app with family locator, lost and found features and similar other services to help pilgrims in Kumbha Mela, which is being organised in Prayagraj district of Uttar Pradesh.

JioPhone has witnessed an immense response from the tier II, tier III and rural areas of the country due to its affordability.