Pre-book JioPhone on August 24; here are its specifications 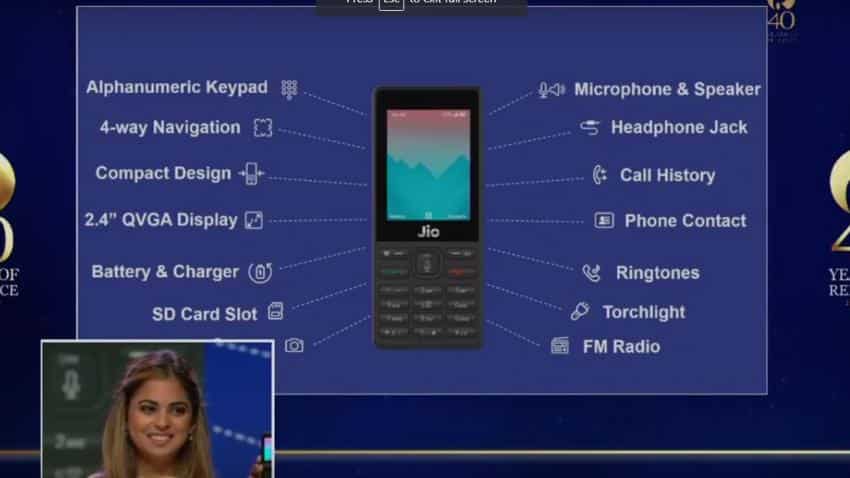 At the 40th annual general meet (AGM) of Reliance Industries Ltd, Jio’s directors Isha and Akash Ambani displayed how to use the phone while speaking about its specifications.
Written By: ZeeBiz WebTeam
RELATED NEWS

"We are targeting to have five million Jiophones available every week," Ambani added. 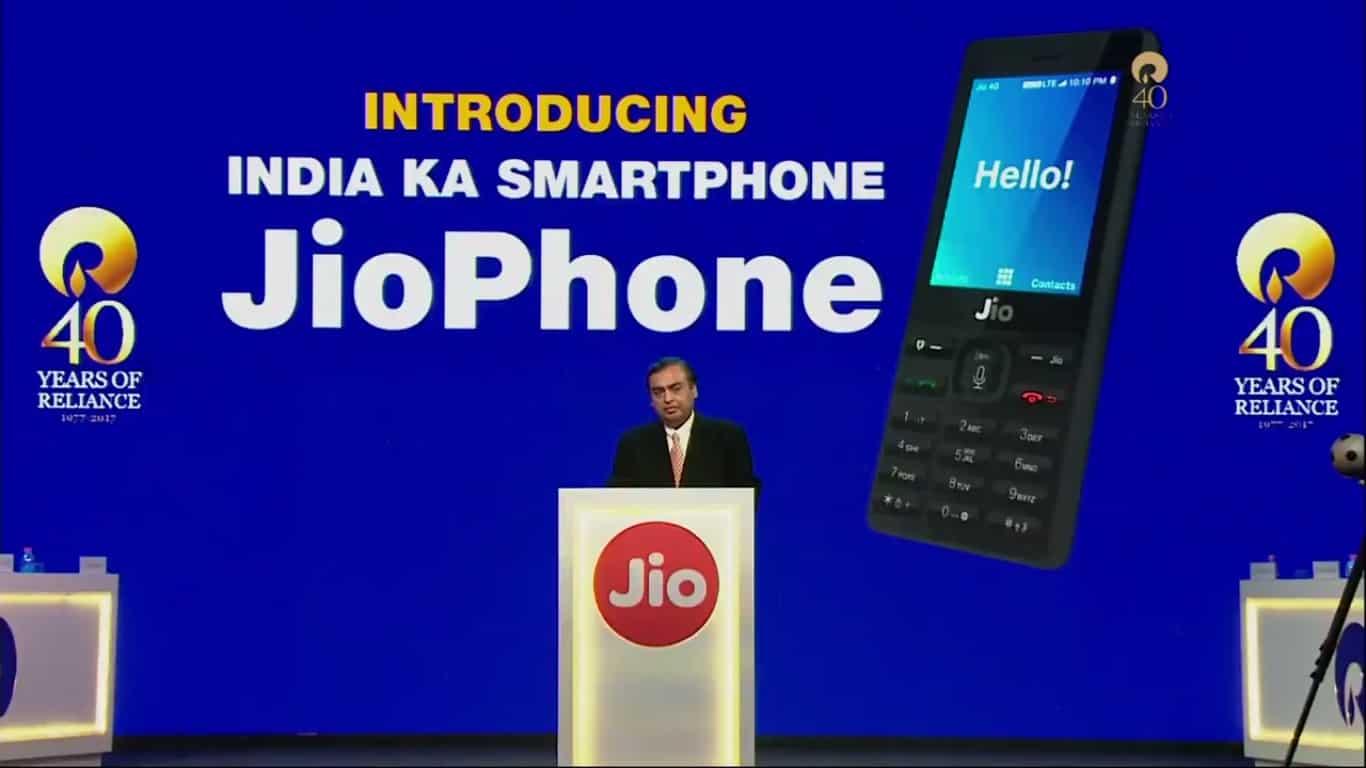 The ‘effective’ price of the phone is zero; however Ambani said that an initial security deposit will be taken from customers of Rs 1500.

And after a period of three years, JioPhone users can return the phone and will be returned their initial security deposits.

"To avoid potential misuse we will collect a 100% refundable security deposit of Rs 1500 which will be refunded after three years," Ambani said.

At the 40th annual general meet (AGM) of Reliance Industries Ltd, Jio’s directors Isha and Akash Ambani displayed how to use the phone while speaking about its specifications.

JioPhone will have a 2.4-inch display and a ‘compact design,’ the company said.

Isha said that the phone can operate voice commands without headphones plugged into it.

It has a calling and sending SMS via voice command feature. The Jio apps like – JioMusic and JioCinema are pre-loaded on the phone.

Jio Dhan Dhana Dhan plan for JioPhone users will be Rs 153 per month and will allow for unlimited data usage.

Live TV and movies can be projected from JioPhone to TV via Jio cable which will be available for Rs 309 pack, Ambani added.

Within 10 months since the launch of Jio, Ambani said that the telecom operator garnered 12.5 crore subscribers.

In less than 170 days Jio got more than 100 million customers, which amounted to seven customers per second every single day.

Jio users made over 250 crore voice calls every day and data usage went from 20 crore GB to 120 crore GB, since Jio’s launch.

“India has over taken US and China in mobile data usage,” Ambani said.

Ambani said that Jio garnered 12.5 crore users and majority of its paid customers came in on the Rs 309 or higher plans. He further added that the company acquired more than 100 million paid customers on its platform.

He said that Jio will bridge the 'digital divide' in India by covering 99% of population. Expanding physical distribution network, the company will have 10,000 offices and 10 lakh outlets by the end of this year.