OnePlus 5T may take on Apple iPhone's face ID; here's what to expect at the launch

Ever since the launch of OnePlus 5T was spoken about, leaks and insights on the phone have surfaced on social media. Here's what you can expect from tonight's launch. 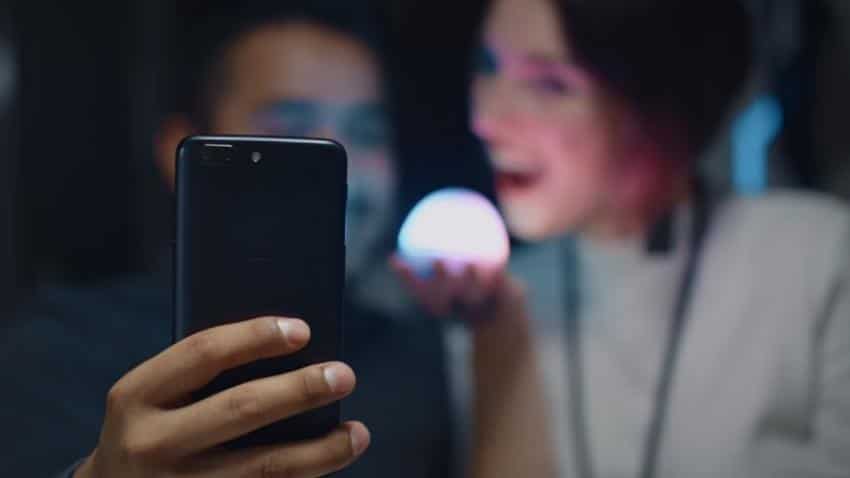 "Pre-book your 5T right after the launch to get Rs 10,00 off on accessories and gear,” OnePlus India tweeted out. Image Source: OnePlus ad/ Youtube

The latest flagship phone of Chinese smartphone company, OnePlus will be launched on Thursday night at 9:30pm IST. Much like its predecessors, the OnePlus 5T has also got customers interested in the product before its launch.

Customers have hit the ‘Notify Me’ button on Amazon ever since the ad went live on November 7, the e-commerce giant said.

Expected price of the OnePlus 5T is expected to be priced around $480 or Rs 35,300 for its base variant.

OnePlus 5T is rumoured to have a near bezel-less phone similar to the iPhone X. The phone is also expected to have the face ID feature to unlock the phone.

It is expected to be powered by Qualcomm Snapdragon 835 octa-core processor with a 3,300mAh battery. As per the leaks, OnePlus 5T might have 8GB RAM plus 128GB storage. A base variant is expected as well with 6GB RAM plus 64GB internal storage.

OnePlus 5T will come with a dual-camera setup. It will sport a pair of 20-megapixel cameras at rear, and a 16-megapixel front facing camera.

The phone will be launched in Brooklyn, New York later today and the event can be live streamed on the company’s official website.

“Ready for OnePlus 5T? Register at the fans counter to get your Swag pack. Pre-book your 5T right after the launch to get Rs 10,00 off on accessories and gear,” OnePlus India tweeted out.

The company has also been putting out a bunch of reminders for interested customers to tune in to the launch event.

You can watch the OnePlus 5T launch right here.