The launch of OnePlus 5T Star Wars edition comes  at a time when OnePlus is celebrating their fourth anniversary globally. 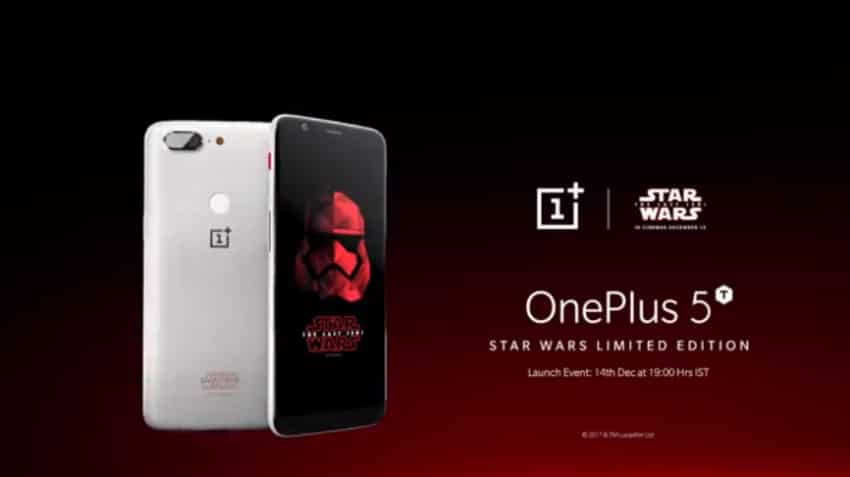 OnePlus with its Star Wars themed edition went on for sale in Indian market with the release of the movie on Friday.

The new OnePlus 5T variant is the most expensive model of OnePlus coinciding with the Star Wars: The Last Jedi – a much awaited eight chapter of the Star wars saga.

Abhishek Maheshwari, Country Head, Disney India, said, “We are privileged to work with partners such as OnePlus, a globally as well as locally across various platforms to connect with our fans and create the most unique and innovative experience.”

“As we get up for the release of Star Wars: The last Jedi movie in India, we really excited to launch this unique offering the OnePlus 5T special edition Star Wars phone,” Maheshwari added.

The launch comes at a time when OnePlus is celebrating its fourth anniversary globally.


According to OnePlus, the 5T Star Wars Limited Edition smartphone is inspired by the white-coloured salt plains of the mineral planet Crait, featured in the movie.

The phone contains Star Wars branding like Star Wars stickers, apart from the standard OnePlus ones. Further, there is also a customised theme with red accent, black and white colours.

This new edition of OnePlus 5T is available only in India and a few Nordic regions such as Denmark, Finland and Sweden, OnePlus statement said.

In India, the OnePlus 5T Star Wars Limited Edition is available at Rs 38,999, having 8GB RAM with 128 GB internal storage, with OnePlus choosing to forego the 6GB RAM and 64GB inbuilt storage variant.

The new edition is expensive by Rs 1000 compared to the regular edition.

Apart from this, the company will also hold pop-up events in nine other cities of India.