It seems that OnePlus is not following in the footsteps of Apple and Google by getting rid of the 3.5mm headphone jack from its phones. 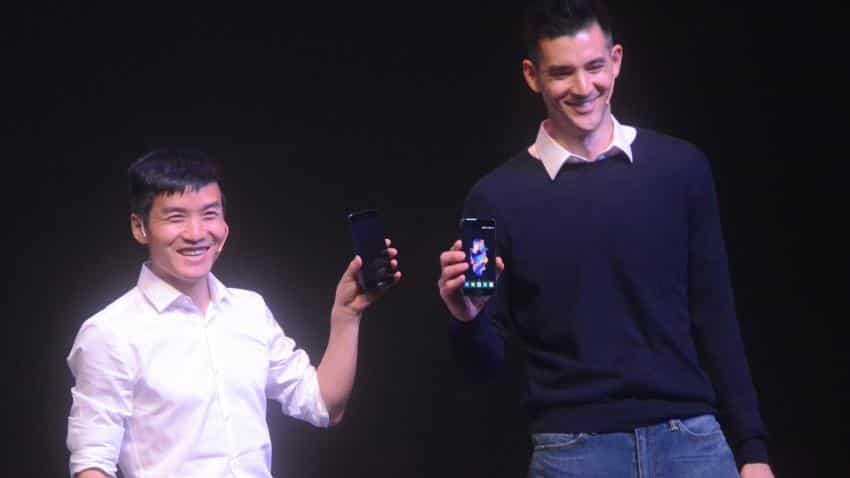 OnePlus CEO Pete Lau on Thursday evening confirmed that a new OnePlus phone will be coming soon and that is going to be called OnePlus 5T. The second thing he said is that the OnePlus 5T will come with the headphone jack.

It seems that OnePlus is not following in the footsteps of Apple and Google by getting rid of the 3.5mm headphone jack from its phones.

According to details by some leakers hint that the OnePlus 5T may be launched in India as early on November 16.

The OnePlus 5T will come with a slightly different design as compared to the OnePlus 5, though the price could be similar to that of its current flagship smartphone it recently launched.

The company had launched the OnePlus 5 in India on June 22, just a few days after the international launch. It was one of the most anticipated smartphone launches the world over and is in contention to take on top smartphones such as the Apple iPhone 8, iPhone 8 Plus and iPhone X, and Samsung Galaxy S8, S8 Plus.

However, the company maybe pushing for an early launch of the OnePlus 5T with the good demand seen for the iPhone X, the 10th Anniversary edition of the iPhone.

Apple in its earnings report already expects huge sales of the iPhone X during the holiday season in the US. Already there have been reports of people queuing in long lines outside Apple stores to get their hands on the first iPhone X. This is something that had been seen in the early iPhone launches, but had faded with the more recent launches.

It can also be expected to have some of the usual features which are there in some of the previous OnePlus phones such as Dash charging, Oxygen OS and also a bigger battery capacity.