The OnePlus 3T smartphone devices will be available in India until later part of 2017 and buyers can buy the phone on OnePlus India website and Amazon India. 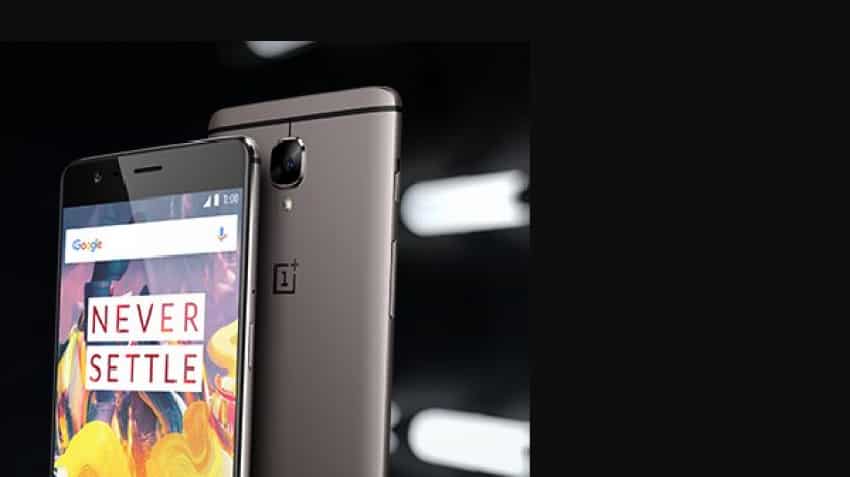 "Only few devices are left in our warehouse, so purchase yours before time runs out at onepl.us/3T," cited the company. Representational Image. Image Source: OnePlus India/Twitter
Written By: ZeeBiz WebTeam
RELATED NEWS

1.Only few devices of OnePlus 3T are left in our warehouse, so purchase yours before time runs out, says the US arm of OnePlus

2. OnePlus 3T can be bought on the company website as well as Amazon India

The OnePlus 3T smartphone devices stock will not be discontinued from India until later this year, gadgets and technology website Gizbot reported.

The US arm of OnePlus also mentioned on Twitter to hurry up fast to buy the phone.

"Almost out of stock! Don't miss your last chance to buy the #OnePlus3T. http://onepl.us/lastcall3T," cited OnePlus on Twitter.

Almost out of stock! Don't miss your last chance to buy the #OnePlus3T. https://t.co/BYzRM6Z7Y5 pic.twitter.com/RUdcOufXO8

"This is the last call to buy the OnePlus 3T before stock runs out. Only few devices are left in our warehouse, so purchase yours before time runs out at onepl.us/3T," the report said quoting the company, as saying.

ALSO READ: OnePlus 3T vs iPhone 6 32GB: Which one should you buy?

According to the report, the OnePlus is gearing up to announce its successor the OnePlus 5 in the coming days, the company has decided to discontinue its flagship device and is expected to be officially revealed by end of June or in July.

OnePlus 3T 64GB is priced at Rs 29,999 in India and is available in Gunmetal and Soft Gold colours.

If you wish to buy OnePlus 3T in India, you can check here-

The company is keeping OnePlus 3T available in India only because it might be due to the pricing of the handset, cited the report.

While the OnePlus 5 is expected to be more featured packed, the device will most likely come at a higher price, it said.

Also, you can buy OnePlus 3T 64GB phone on Amazon India at the same price.