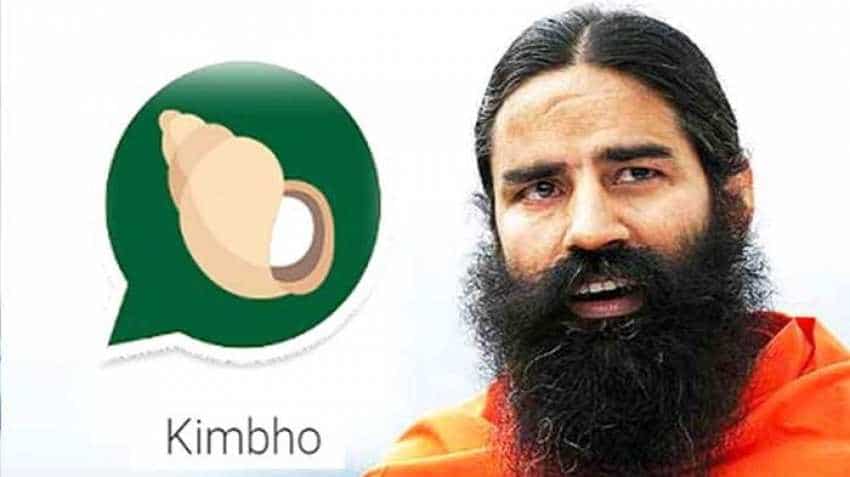 It's official. Baba Ramdev's Patanjali is all set to officially launch Kimbho - a desi counter to foreign messaging giant WhatsApp. Patanjali spokesperson SK Tiajarawala today said the Kimbho app, which had a disastrous brief appearance on Google Play Store a few months back, would be officially launched in the presence of Ramdev, Patanjali co-founder Acharya Balakrishna and Union minister Nitin Gadkari on 27th August.

A Twitter post by Tijarawala, appealing people to "spread this indigenous 'Kimbho' in the whole world before its official launch", said, "Patanjali family is grateful to you for keeping faith in us. Celebrate the Independence Day as Digital Independence with 'Kimbho' new and advanced features. There may be some shortcomings in the 'Kimbho app, with all improvements we will do an official launch on 27th August, 2018.

The Kimbho app can now be downloaded from Play Store.

“Happy Independence Day. Celebrate this Independence Day as Digital Independence with “Kimbho”. The official launch of the app is on 27th August, 2018. We welcome your comments & suggestions. Bharat Mata Ki Jai..!” a message sent to users by Patanjali today read.

The Kimbho app had first appeared on the Play Store in May this year. Announcing the launch, Tijarawala had then tweeted, "Now Bharat will speak. After launching sim cards, Baba Ramdev has launched a new messaging application called Kimbho. Now WhatsApp will be given a competition. Our own #SwadeshiMessagingplatform. Download it directly from Google Play store.”

However, the app was soon withdrawn after several security issues were pointed out by users on social media.

The new version of Kimbhpo includes features like private and video chat, video calling. It also claims to allow users for video conferences.

Patanjali has said that the app is totally secure and all sessions are end to end encrypted.

The Kimho app also has a paid "Map" feature.

Some other features on the relaunched Kimbho app, as mentioned on Play Store, are:

- Chat: Enjoy chatting with your friends and family expressing your thoughts with emoticons, stickers and freehand doodle
- Multimedia: Send and receive photos, videos, documents, and voice and video messages
- Group chat: Enjoy group chats with your friends and family
- Conferencing: Enjoy Audio and Video Conferencing with your contacts
- Collaboration: Conduct Document Sharing(ppt, pdf, xls etc), Screensharing and Whiteboard sessions with your contacts
- Scheduled meeting: Schedule meetings ahead of time to have productive meeting experience
-Multi-device login: Login to multiple devices with same number and receive notifications on both the devices
-Call transfer: You can transfer your ongoing calls to any of your other device logged in with same number
- Enjoy all these cool features on Kimbho Web (Chrome and Firefox): www.kimbho.com
- Zoom your contact’s video during a live video call
- Auto delete: messages and files will get auto-deleted depending on user setting.