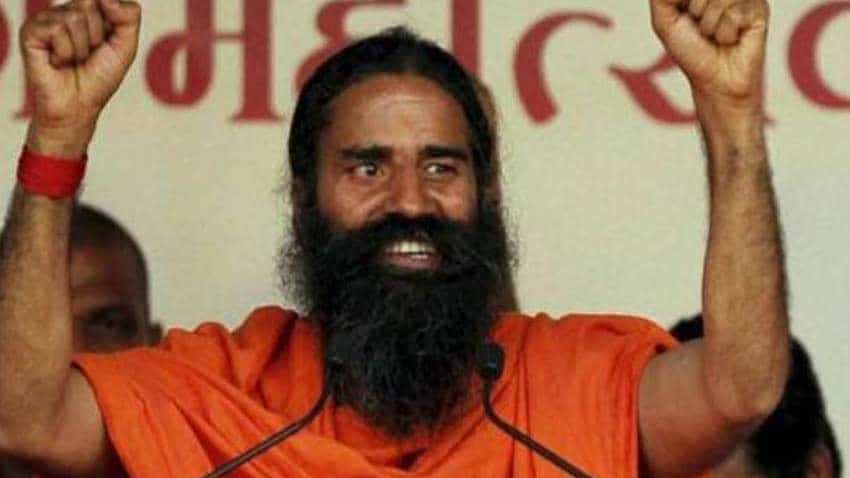 The app was launched on two separate occasions in May and August. Source - PTI.
Written By: ZeeBiz WebTeam
RELATED NEWS

Baba Ramdev led flagship company Patanjali Ayurved has shelved plans to re-launch the 'desi' chatting platform, Kimbho, but only after launching the application twice and on both occasions it elicited disastrous reviews. The instant messaging platform was seen as India's answer to Facebook-owned WhatsApp, but suffered a major setback after the techie, Aditi Kamal, who was the brain behind Patanjali’s idea of launching the messaging platform, decided to part ways with the project. Patanjali tied up with a Noida-based app making firm thereafter, but it didn't work out either. This is quite a big climbdown as initially, Kimbho was billed as a WhatsApp killer.

Speaking to The Print, Acharya Bal Krishna, CEO and MD of Patanjali Ayurved, said the company wanted to launch an application with high security standards, but wasn't satisfied with the work. He added that the app has been shelved for now as Patanjali doesn't want to launch half-baked products.

The app was launched on two separate occasions in May and August, but failed to impress the security experts. The first version of the app was launched on May 30. "Kimbho brings you closer to your friends and family via chat, multimedia, voice and video calling, video conferencing and collaboration features securely," the app description read on Google Play Store. But, it was taken down from the platform due to poor security.

A French security researcher, who tweets under pseudonym Elliot Alderson, had called it a ‘security disaster’. "This KimbhoApp is a joke, next time before making press statements, hire competent developers… If it is not clear, for the moment don’t install this app," Anderson had tweeted.

"We appreciate your excitement over the official launch of Kimbho app. We inform you that trials, review, and upgradation is in process to make Kimbho most safe, convenient and secure Swadeshi app of your first choice," Bal Krishna tweeted in August, adding that the new date for the launch would be announced soon.

The new version of the app was launched on August 15 before its official launch on August 27. The company had claimed that this second version of the app included new features like private and video chat, video calling and will also allow the users to hold video conferences. Patanjali had said that all Kimbho sessions are end to end encrypted and the app was totally secure.

However, it once again got negative reviews from users who claimed that they were having trouble changing their profile pictures and also complained about the poor user interface.

The report quoted Bal Krishna as saying that the company is very occupied with other projects and doesn't have the time and resources to invest in Kimbho.