The 4G enabled feature phone by Reliance Jio will be available for pre-booking in three weeks. Zeebiz tells you how to book one. 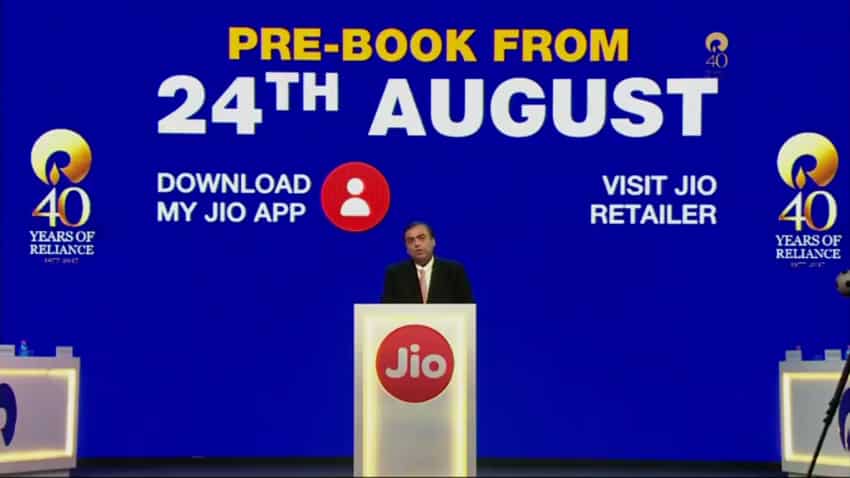 Those who want to get their hands on the phone first can pre-book the phone which will begin on August 24.

"We are targeting to have five million Jiophones available every week," Managing Director, Mukesh Ambani said.

The JioPhone will be available for user beta testing from August 15, 2017.

The ‘effective’ price of the phone is zero; however Ambani said that an initial security deposit will be taken from customers of Rs 1500.

And after a period of three years, JioPhone users can return the phone and will be returned their initial security deposits.

"To avoid potential misuse we will collect a 100% refundable security deposit of Rs 1500 which will be refunded after three years," Ambani added.

The phone will be available for pre-booking via the MyJio app or by visiting a Jio retailer from August 24, a report by DiscountWallas said.

The phone is speculated to have single SIM slot which may support only Jio SIMs and Qualcomm and Spreadtrum chips, a report by Gadgets 360 said last week.

The phone can operate voice commands without headphones plugged into it.

It has a calling and sending SMS via voice command feature. The Jio apps like – JioMusic and JioCinema are pre-loaded on the phone.

Jio Dhan Dhana Dhan plan for JioPhone users will be Rs 153 per month and will allow for unlimited data usage.

Live TV and movies can be projected from JioPhone to TV via Jio cable which will be available for Rs 309 pack, Ambani added.