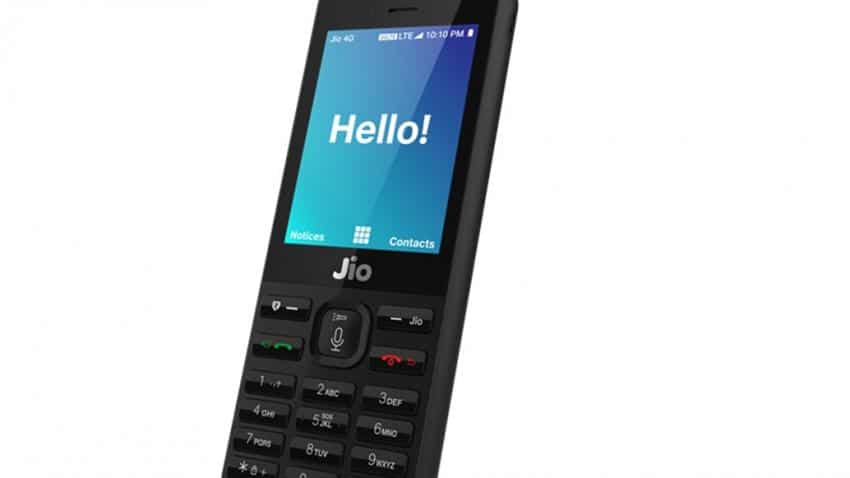 After shaking the telecom market a year ago, Reliance Industries on Friday decided to jostle the phonemakers from their slumber.

“Today, I am delighted to announce that JioPhone will be available to all Indians for an effective price of – Rs 0,” Ambani said.

With many features similar to a smartphone, this feature phone introduces 4G technology network type in predominantly low-cost phones.

“If you look at the feature phone market it is still 150 million (15 crore) per year in terms of sales. We are expecting almost half a billion (50 crore) feature phones to be sold in the next five years or so. So there is enough demand in this market,” Neil Shah, Research Director at Counterpoint Research told Zeebiz.

JioPhone will have a 2.4-inch display and a micro SD card slot. It has a voice command feature and supports up to 22 Indian languages, the company said.

In his speech Ambani said, “JioPhone is a truly revolutionary phone that will transform the lives of 50 crore feature phone users."

“All these 400 million feature phones in the market and most of them are 2G subscribers of Airtel, Vodafone and others have not been able to access internet on their phones. What JioPhone does is it will connect these users to the internet for the first time,” Shah added.

How far behind is the competition?

“There will be rapid acceleration in Q3 and Q4 of this year for adoption of 4G feature phones,” Shah added.

“Lava was the first to launch 4G feature phones in March but the price was Rs 3500. So it was almost not accessible to existing feature phone users in terms of pricing because average price of a feature phone is Rs 1500-2000 in India,” Shah said.

There are other feature phones available in the Indian market which include the Lava SparkI7, Micromax X1i-2017 and the Phillips E181 Dual SIM which have all been placed in the price range Rs 1500 to Rs 2000 and are 2G compatible.

He further added, “Now most of these (feature phone) users come from rural part of India and there is a huge digital divide in terms of they can’t afford smartphones or they are not literate enough to use them.

But Jio will not be the only reason why phonemakers will rush to provide 4G. "There is a mandate from government that every phone should have GPS from January 1, 2018. So definitely they will have to change the way they manufacture feature phones.”

Is the JioPhone really free?

“To protect against misuse of the free JioPhone offer, we plan to collect a fully refundable, one-time, security deposit of Rs 1,500 with every JioPhone,” Ambani said.

“Whereas other brands with similar feature phones will be able to go as low as Rs 2300-2600,” Shah said speaking on the pricing of 4G feature phones.

Zeebiz asked Jio what will happen to customer’s security deposits if the phone is lost or damaged to which the company did not reply.

“Jio want users to lock into their ecosystem so in order to get the refund customers will have to use the phones for the next three years or at least service them,” Shah said.