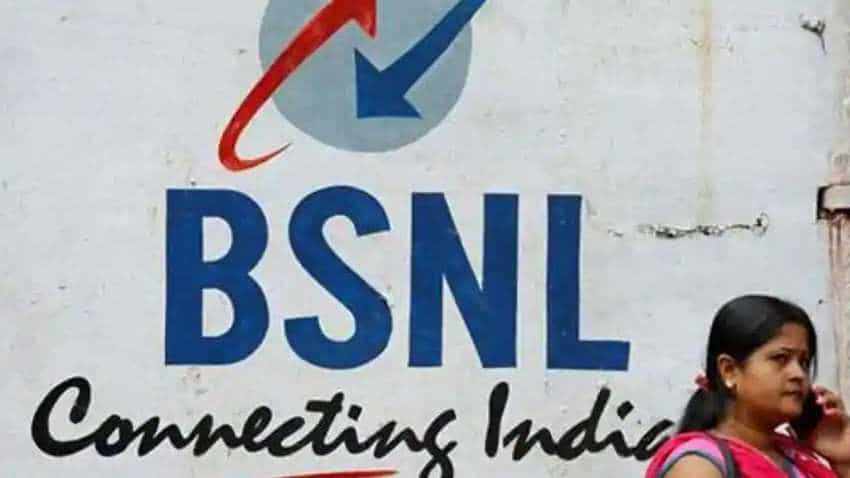 BSNL has taken the step in a bid to retain its customers. Source - Reuters.
Written By: ZeeBiz WebTeam
RELATED NEWS

Days after Reliance Jio announced that its board has approved schemes to spin off company’s fibre and tower assets into separate entities, Bharat Sanchar Nigam Limited (BSNL) has announced 25% cashback for the users who subscribe to its annual broadband plans, in a bid to retain its customers. As part of this offer, BSNL customers who opt for the annual broadband plans, will get one-fourth of their money back which can be used to pay future bills or avail more services from BSNL.

To avail this new deal, the BSNL customers need to call on company's toll-free number 1800-345-1500, or they can visit BSNL customer service centre. The offer is applicable in all the circles.

Vivek Banzal, Director (Consumer Fixed Access), BSNL called this cashback offer a gift to the customers. "We wanted to gift our customers something special for their overwhelming response to our services and products. So as a special gesture to our esteemed customers we have announced this unique gift of 2018," he said.

This comes just three days after  Reliance Jio Infocomm had announced that its board of directors had approved a scheme of arrangement for transfer of its fibre undertaking, on a going concern basis, to a separate company. Jio, which is the aggressively expanding itself, had reported a standalone net profit of Rs 681 crore for the September 2018 quarter, against a net loss of Rs 271 crore in the year-ago period.

The company had said that it will acquire 66 per cent stake in Den Networks for Rs 2,290 crore and 51.3 per cent in Hathway Cable for Rs 2,940 crore. Anil Ambani-owned Reliance Communications had also signed a pact with Reliance Jio for sale of wireless spectrum, tower, fibre and other assets, last year.

Coronavirus cure: Drugs used on COVID-19 patients can cause severe side effects