Big discounts on Sony Xperia X and Moto Z may get you confused on which to buy, but a closer look will give you a clear idea. 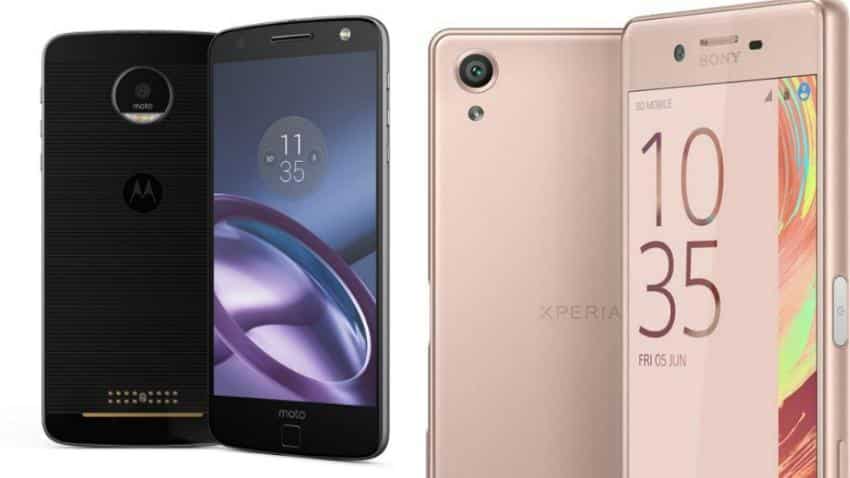 Smartphone markers Sony and Motorola have launched their own discount schemes on Monday. While Lenovo-owned brand Motorola is celebrating three years of its presence in India and has decided to do this by offering discounts and exchange offers on its smartphones. Sony is offering its Xperia X, which it launched in May this year.

Sony is offering the Xperia X at half the original price in India. With a discount of 35% the smartphone is available for Rs 24,999.

The model which was launched in May last year, was available for Rs 48,990. In September, the company announced a price cut and a piece was costing at Rs 38,990. Later, again the prices were dropped to Rs 29,990 and now it will just cost Rs 24,990, an Android Authority report said.

The sales which begins on February 20 and ends tomorrow will be via Flipkart and is called 'Moto Days'.

The sale is offering discounts of up to Rs 20,000. For those going in for the exchange offer on the purchase of select models will get a Rs 1,000 discount. The offers and discounts will be available for the entire range of Moto smartphones available on Flipkart. This includes the Moto Z, Moto Z Play, Moto M, Moto G Turbo Edition, Moto E Power, Moto E and Moto G (2nd generation).

However, the main discount is on the the Moto Z, Moto Z Play where customers will get a discount of up to Rs 20,000 on the exchange of their old smartphone (as against up to Rs 18,000 off currently).

This would meant he Moto Z would be a better choice for buyers, not only due to the price but also as its specifications are a little better than the Xperia X smartphone.