There seems to be a race among smartphone makers to make larger displays. The Apple iPhone 8 display is expected to be the largest and will cover the entire front surface of the phone. 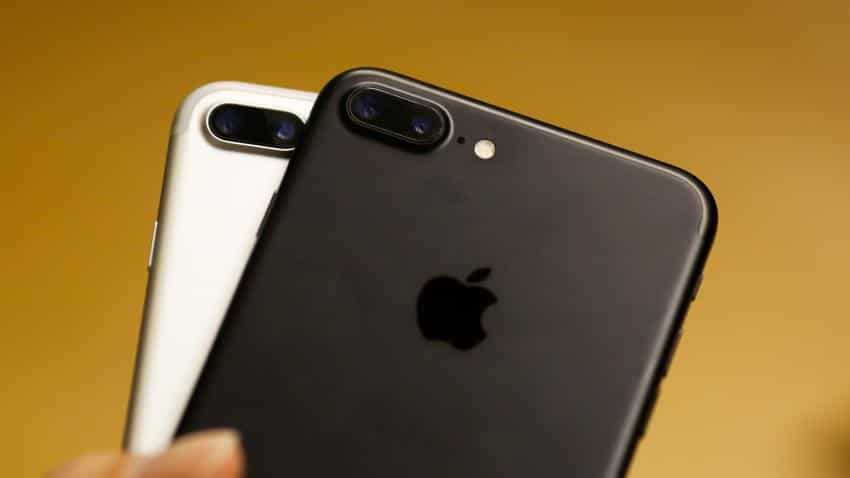 Over the last few days there has been buzz around the top most anticipated smartphones to be launched during this year, ie the Apple iPhone 8 and Google Pixel 2. Leaks on the two phones gives us some idea on how both these smartphones will be in terms of the specifications and design. The two phones will go up against the Samsung Galaxy S8 and many of the specifications they have may just give Samsung tough competition.

For instance, like the Samsung Galaxy S8's infinity display the new leaks suggest that the Apple iPhone 8 will have a massive new display and may just have the biggest display of all. The display will cover almost the entire front surface of the iPhone 8 and is expected to have a 5.8 inch display. This is the same size as the Samsung Galaxy S8.

Like with the Samsung Galaxy S8 the iPhone 8 will lose the home button in the front. However, while Samsung has kept the physical home button and shifted it to the bottom of the Galaxy S8, iPhone 8 is expected to away with the button and replace it with an area for shortcut keys which will come with the iOS11 operating system.

The leaks also suggest the iPhone 8 will have two front facing cameras and sensors. Those are expected to be 8 megapixel cameras.

In terms of its rear cameras it is expected to have 12 megapixel cameras. This is similar to the Galaxy S8.

The Apple iPhone 8 will sport the latest A11 octa-core processor. It is expected to have a 4GB RAM, while some leaks suggest it may sport a 3GB RAM. The Samsung Galaxy S8 has a 4GB RAM.

Google's second Pixel smartphone will come with the a massive display of 5.99 inch QHD. This will be the bigger version of the Pixel 2 smartphone and is expected to be named 'Taimen' Pixel XL 2. The display will be manufactured by LG.

However, the small variant the Pixel 2 smartphone is expected to come with a 4.97 inch full HD display. While the Taimen Pixel XL 2 will be bigger than the Galaxy S8 and may be the iPhone 8, Samsung's Galaxy S8 Plus is much larger with a 6.2 inch display and even the iPhone 8 may come out with a variant with a larger display such as the iPhone 8 Plus.

Nevertheless, the Google Pixel does not seem to be playing the larger display or infinity display game like the Samsung and Apple, as leaks do not suggest the phone having the display cover the entire front surface.

What it will have is an impressive hardware as the latest Qualcomm Snapdragon 835 SoC processor which can clock processing speeds up to 2.45 GHz and will have a 4GB RAM. The same as the Samsung Galaxy S8.

Leaks however suggest that the Pixel 2 smartphones will feature only a single rear camera with dual-LED flash. This would come as a disappointment to many as most of the high end smartphones today come with dual camera setup.

In terms of the design the Pixel 2 and Pixel XL 2 will look very similar to the previous models.