Online e-commerce company Snapdeal is in talks with SoftBank to raise fresh funds at lower valuation. 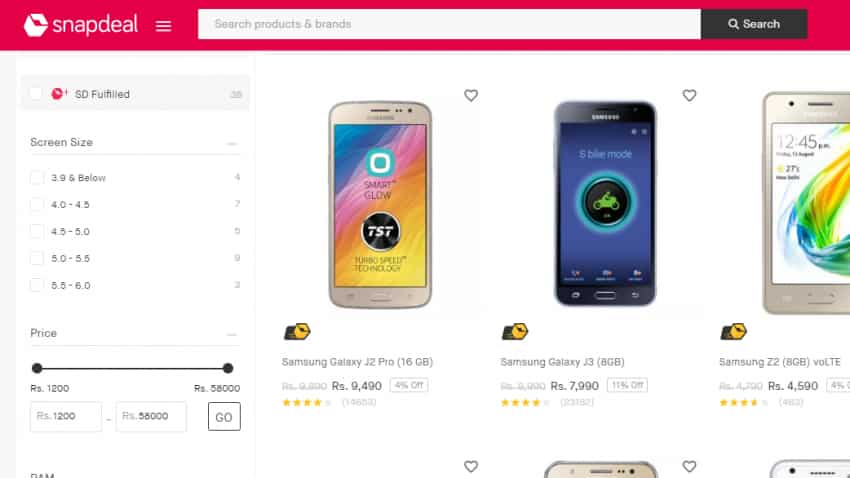 Snapdeal and its existing investor SoftBank have discussed a valuation in range of $3-4 billion for the fundraising, but it is still trying to attract new investors at a higher valuation, it said. Representational Image. Image Source: Official Website
Written By: ZeeBiz WebTeam
RELATED NEWS

India's home-grown e-commerce firm Snapdeal is in talks to raise fresh funds from SoftBank at a significantly lower valuation than its previous round of funding, Livemint reported on Wednesday.

Snapdeal and its existing investor SoftBank have discussed a valuation in range of $3-4 billion for the fundraising, but it is still trying to attract new investors at a higher valuation, it said.

“Snapdeal, run by Jasper Infotech, has initiated discussions to raise fresh funds largely from existing investor SoftBank Group Corp at a significantly lower valuation than the $6.5 billion peak it touched in its previous round,” cited the news report quoting three people familiar with the matter, as saying.

According to the report, the amount of fund raising by the e-commerce company is not finalised yet.

Several investors mark down e-commerce industry leader Flipkart's valuation by as much as 40% in 2016, the report said. However, one of Snapdeal's mutual fund investors BlackRock Inc has maintained valuation estimate of the online marketplace.

Gurgaon-based Snapdeal has lost significant market share to its competitors Flipkart and Amazon in the last 12 to 18 months, falling to distant number three position.

If the e-commerce company manages to raise fresh funds from SoftBank, it will be the first time Snapdeal's valuation will take a hit.

“We are well capitalised and we are not engaged in any active financing discussions,” the report said quoting a Snapdeal spokesperson, as saying in an emailed response to a query.

SoftBank Group Corp from Japan is one of the largest shareholders in Snapdeal with close to a 33% stake in the company that has raised nearly $2 billion in funds over the past seven years.