Flipkart believes that Myntra and Jabong are all set to define the next generation of online shopping. 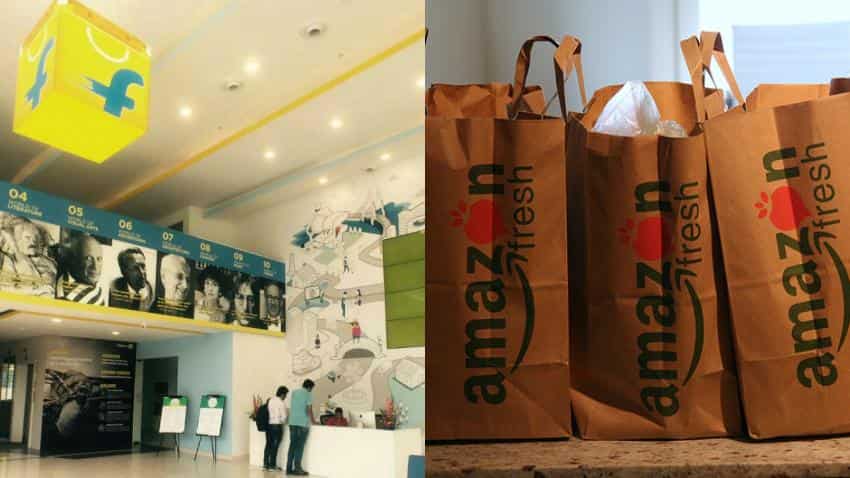 The company, in a statement, said, "Myntra and Jabong are all set to define the next generation of online shopping with a combined base of 15 million monthly active users and offering the best of brands to Indian consumers."

Flipkart's largest investor, Lee Fixel of Tiger Global Management, was the mastermind behind the deal. It pushed the executives to go for buying Jabong, without any clue to Snapdeal, rival of Flipkart, as LiveMint reported.

Earlier there were reports, that Snapdeal was the strongest contender to buy Jabong, followed by Kishore Biyani-led Future Group.

Apart from Snapdeal and Future Group, there is one e-commerce major, for whom this deal will be big "shock".

That is Amazon India. Yes.

According to the report, for Flipkart, the acquisition with fashion e-retailer will help to extend its market share in the fashion space as well as regain the position as India's No.1 e-commerce company, which was overtook by Amazon India in the recent months.

“The price was very attractive and Lee was in favour of picking up Jabong. With Jabong, Flipkart will be out of reach of Amazon for good in at least one category. Lee really pushed for the deal", LiveMint reported an official as saying.

Flipkart believes that Myntra and Jabong are all set to define the next generation of online shopping with a combined base of 15 million monthly active users, far much than Amazon India.

Fashion segment offers higher margins to online players as compared with books and mobile phone segment, may overtake consumer electronics as the largest category at 35% of total spending by 2020, the report added.

Further, Myntra which itself was bought by Flipkart for about $300 million last year, in a stronger position to take on biggest local rival Snapdeal and Amazon, which has pledged to invest over $5 billion in India to boost market share in the country, Reuters reported.

According to a Reuters report, India's e-commerce market is seen as having potential though, with annual sales of $36.7 billion expected by 2020, consultants KPMG said in the report in November.

Products sold on Flipkart likely to be expensive from Wednesday