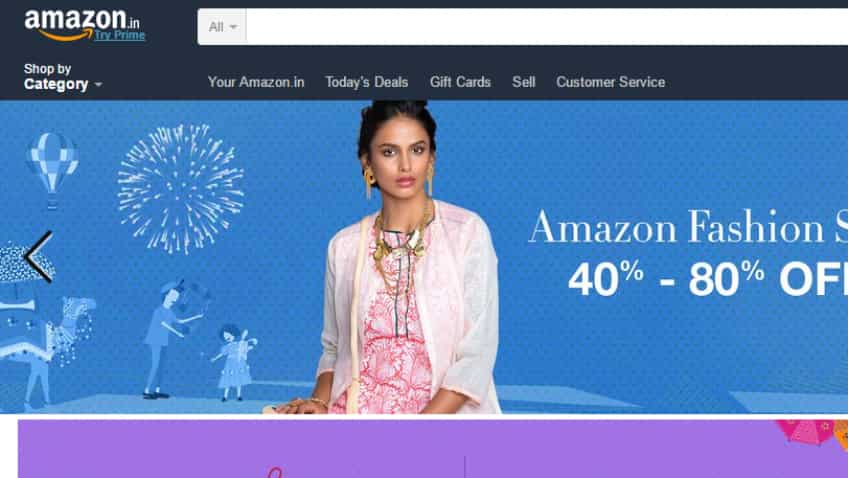 "Over the last few months, we ensured that our logistics and delivery was well-equipped to handle this surge in volume and we have delivered efficiently," Agarwal said. Representational Image. Image Source: Official Website

E-commerce giant Amazon.In on Wednesday said sales on its platform grew three-fold compared to last year to over 15 (rpt 15) million units during its five-day festive sale.

Amazon.In's festive sale started from October 1 and it closed on Thursday. Its rivals, Flipkart and Snapdeal, which started rolling out festive offers from October 2, will end their sale on Thursday.

"We have seen a phenomenal growth this year, much bigger from last year. In the five days, we have already shipped 15 (rpt 15) million units with a few hours still to go. This is 3X bigger than last year," Amazon India country manager Amit Agarwal told PTI.

He added there was a five-fold growth in number of new customers with about 70% of these new additions coming from tier-II and tier-III towns.

On Tuesday, Flipkart said it had crossed a "historic first" for an e-commerce in India, crossing Rs 1,400 crore sales on its platform in a single day.

It added that some of the biggest categories that contributed to overall sales included smartphones, television and large home appliances, fashion, electronics, accessories and gadgets.

"Over the last few months, we ensured that our logistics and delivery was well-equipped to handle this surge in volume and we have delivered efficiently," Agarwal said.

Interestingly, the top selling item on the platform was Amazon's Prime membership. Launched in July, Amazon.In charges an annual fee of Rs 499 for Prime, where it offers guaranteed free one-day, two-day and standard delivery on eligible items.

"Other top categories were mobile phones, fashion and fast moving consumer goods (FMCG), where the average growth was 5X than a normal day," he said.

According to research firm RedSeer Consulting, festive sales are expected to help e-commerce companies register transactions worth $1.5-1.7 billion (nearly Rs 9,979.13 to Rs 11,309.7 crore) in the month of October alone.

Snapdeal on Wednesday said while its platform continues to get new users from tier-II and tier-III cities, there was heavy repeat usage from metros.