What happens in Yes Bank now will see depositors' interest turning into top priority for authorities. 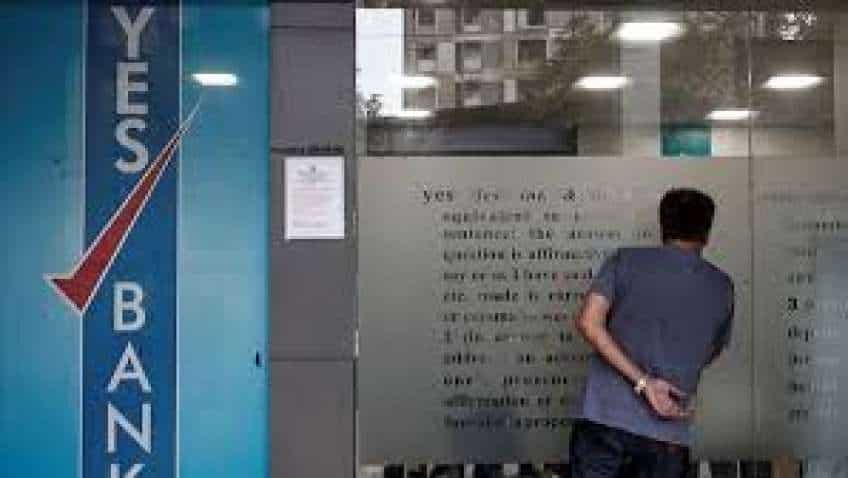 Those holding Yes Bank shares should exit from their holdings if and when they reach Rs 20-22 level, say experts. Photo: Reuters
Written By: Asit Manohar
Edited By: Harish Dugh
RELATED NEWS

Yes Bank share price today has crashed nearly 58 per cent in the intraday trade session. According to stock market experts, this crash in Yes Bank shares has been caused by the Reserve Bank of India's (RBI's) crackdown against the lender due to the liquidity crunch in the private lender. Such a slide in Yes Bank shares has led to panic among bank depositors, lenders and also equity-holders.

So, what should investors do? According to experts, exit-on-rise is the ideal strategy to come out of the Yes Bank crisis. This is because an amalgamation plan is likely to follow and Yes Bank would push a bounce back in stock price and that is when they can think of coming out of their holdings.

Speaking on the Yes Bank crisis, Prakash Pandey, MD & CEO at Plutus Advisors said, "We have been maintaining that Yes Bank is facing acute liquidity crisis and one should avoid any holding in it. Now, that the RBI has come into action in regard to the Yes Bank crisis, there will be three types of stakeholders whose interest would be at stake — depositors, lenders and equityholders." Pandey said that once the RBI comes out with an amalgamation plan for Yes Bank, depositors' interest will be the top priority. Once Yes Bank depositors' interest is entertained, then lenders' interest will be addressed and then only the equity-holders' number would come.

Pandey said that generally, equity-holders don't get anything in the bank amalgamation plan as such a case arises only when the bank becomes cash-starved. In such a situation, it's advisable for the equity-holders to exit from their positions at any bounce. He said, "In case of Yes Bank crisis, once the RBI comes out with an amalgamation plan, there would be some bounce-back in shares and it may show Rs 20 or above levels. that would be the time when they can exit from their current holdings. However, if that level comes before the arrival of the amalgamation plan, they should exit without giving too much of thought."

Suggesting equity-holders and lenders to go by the basics, Saurabh Jain, AVP — Research at SMC said, "If you go by the RBI circular on Yes Bank, it is clearly mentioned that it is facing a liquidity crisis that means the technical value of the bank has been eroded. Now, no one knows how bigger the Yes Bank crisis is." He said that in the amalgamation plan, by and large, the Yes Bank depositors' interest will be safeguarded.