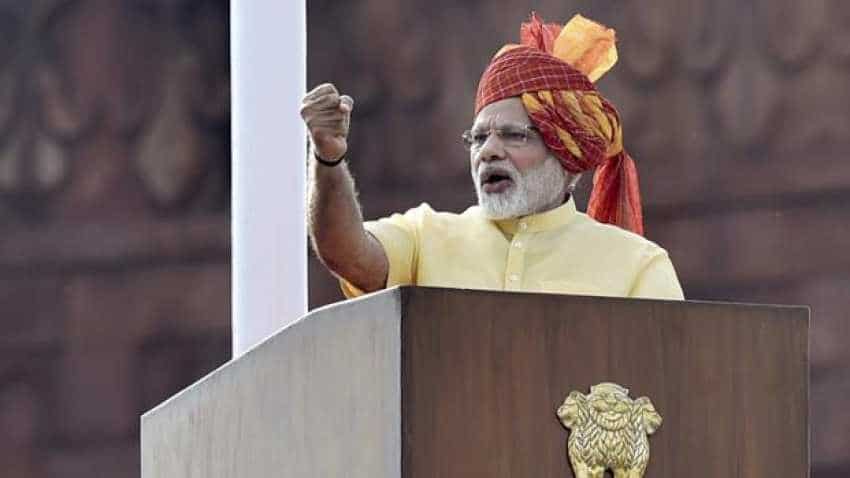 Independence Day 2018: Prime Minister Narendra Modi is likely to make new announcements for the benefit of about 32 crore Jan Dhan account holders in his Independence Day address, according to official sources. The prime minister may also make a new announcement about the Atal Pension Yojana (APY), increasing the pension limit to Rs 10,000 per month from the current Rs 5000/month.

Under the Pradhan Mantri Jan Dhan Yojana (PMJDY), PTI reported sources as saying that the overdraft facility may be doubled to Rs 10,000 in a bid to fund the unfunded. Sources told the news agency that the government may also announce an attractive micro insurance scheme and the free accident cover under the RuPay Cardholders could be increased from Rs 1 lakh.

The phase II of PMJDY, which was launched in August 2014, will end on August 15. Officials said this would be the best day to make an announcement.

Since the launch, as many as 32.25 crore Jan Dhan accounts have been opened with rs 80,674 crore outstanding balance.

Around 25 crore of the total Jan Dhan subscribers have been issued RuPay cards by the National Payments Corporation of India (NPCI).

The government is also likely to increase the APY pension limit to Rs 10,000/month. The APY targets all citizens, including those in the unorganised sector who would join the National Pension System (NPS) administered by the Pension Fund Regulatory and Development Authority (PFRDA.

"Account can be opened in any bank branch or Business Correspondent (Bank Mitr) outlet. Accounts opened under PMJDY are being opened with Zero balance. However, if the account-holder wishes to get cheque book, he/she will have to fulfill minimum balance criteria," it adds.