In order to make the process of life certificate easier for elderly pensioners, the government has rolled out Unique Face Recognition Technology on Monday. 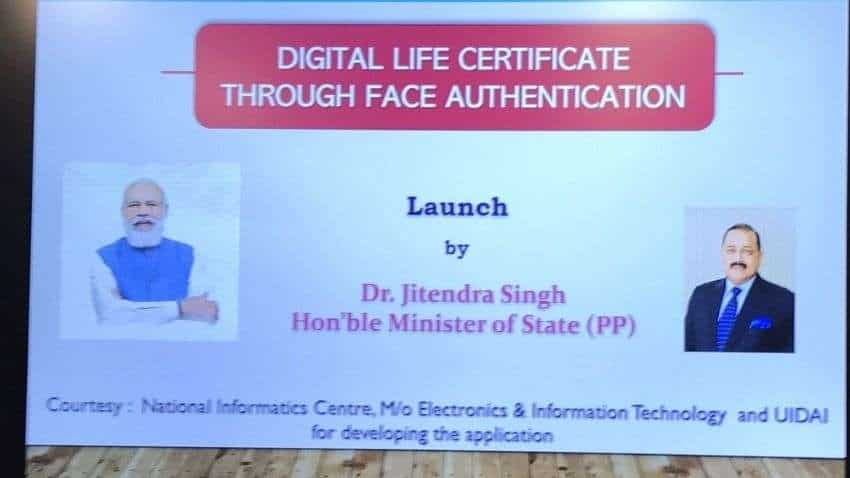 There is good news for the pensioners. In order to make the process of life certificate easier for elderly pensioners, the government has rolled out Unique Face Recognition Technology on Monday. Union Minister of State for Personnel Jitendra Singh launched the technology for the pensioners.

As per the release from the Ministry of Personnel, Public Grievances & Pensions, Dr. Singh said that the government headed by Prime Minister Narendra Modi has always sought 'ease of living' for all sections of society including the retirees and pensioners who are the nation's assets with all their experience and long years of service rendered by them. He also reiterated that during the COVID-19 pandemic too, the Department of Pension brought about several reforms for release of provisional pension/family pension.

Singh further added that that the Face Recognition Technique of giving Life Certificate is a historic and far reaching reform, since it will touch the lives of not only 68 lakh central government pensioners but also crores of pensioners who fall outside the jurisdiction of this department such as EPFO, state government pensioners and others.

The minister also thanked National Infomatics Center (NIC), the Ministry of Electronics & Information Technology as well as UIDAI (Unique Identification Authority of India) for devising this technology and making such an initiative of Department of Pension & Pensioners’ Welfare possible.

Dr. Singh pointed out that Department of Pension has been extensively using technology to achieve this end, be it introduction of Digital Life Certificate, introduction of an intelligent common software 'Bhavishya' for all Government of India Ministries for processing Pension cases. He said, the effort in issuing electronic PPOs and pushing the same in Digi locker is a huge step towards Ease of Living and transparency.

He added that the Department has also been bringing out e-booklets for pensioner awareness and carrying out an awareness campaign on Twitter, Facebook, Youtube and other social media. Furthermore, the grievance redressal portal CPENGRAMS along with a call-centre is another example of digitisation.

Pensioners can submit life certificates at nearest CSC center. Here's how to do it