CLSA has just found a safe harbour for investors to invest on stock exchanges. And, the rating agency believes that they should look at Korean-based stocks. 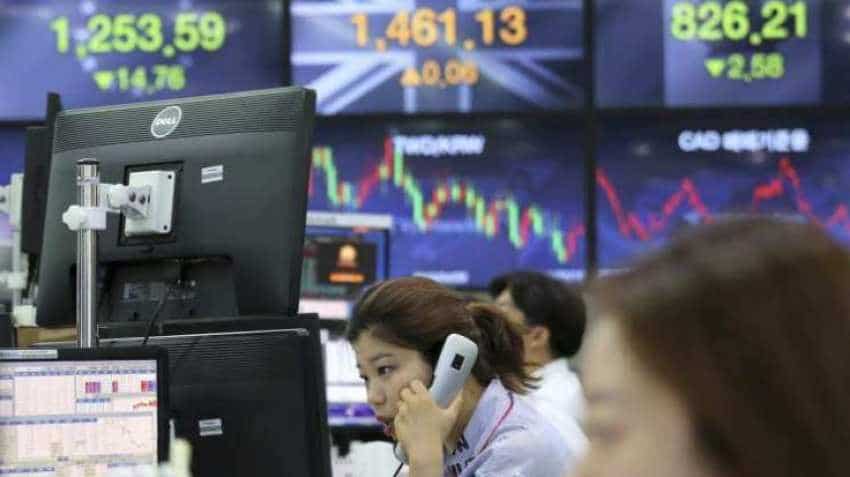 CLSA has just found a safe harbour for investors to invest on stock exchanges. And, the rating agency believes that they should look at Korean-based stocks. PTI

Investors have been trading cautiously over the past few months as US and China trade war rages. Both US and China are not ready to flinch, in fact, President Donald Trump is also eyeing more tariffs on imports from China. So far, US has increased tariffs upto 25% on Chinese items worth $250 billion. Trump has also hinted at further tariffs on another $350 billion worth items of China. Hence, in the midst of all this, buying the right stock will ideally pave the way for value creation for investors. Also, it is advisable when good stocks tumble, one should look to buy as the volatility tends to stabilise in future giving better returns. Interestingly, CLSA has found safe harbour for investors to invest on stock exchanges. And, the rating agency believes that one should look at buying Korean-based stocks rather than go for panic selling.

In its research note, CLSA said, “Korea is in a delicate position when it comes to the US-China trade war, China being its largest customer. The recent deep sell-off reflects this view. However, Korea has a lot to gain from a strategic point of view, and this aspect has largely been ignored. China is evolving into an intense competitor for Korea in the world market in almost all areas of sophisticated manufacturing, and the trade war may delay or even deter China from taking away Korea's lunch. With Korea's economic cycle nearing the bottom, it is time to be buying into the correction. The depreciated won favours Korean exporters such as in shipbuilding, auto and tech.”

Here’s a list of six stocks which can be good bet, as per CLSA:

Samsung is a prime beneficiary of Huawei’s troubles in the overseas markets. The stock should be going up, not down. Regardless, the stock is down 7% this month in USD terms with foreigners net selling $200m. Assuming Samsung can win 35% of Huawei’s overseas shipments impacted by the ban and some share gain on 5G equipment in 2019 we estimate that it could add W1.1tn to Samsung’s 2019 OP for a 4% increase. The stock is now trading at one year forward PBR of 1.1x versus 10 year average of 1.3x, dividend yield of 4.3% and 33% of m‐cap in net cash. The company is also a beneficiary of a weak KRW with 1% depreciation of KRW against USD impacting 2019 EPS by 1.5%.  A definite BUY.

Hyundai Heavy has been weak throughout this year due to sluggish order intake YTD and the disappointment on rights offering plans, as a part of DSME consolidation deal. The stock is down further 10% in May driven by $40m in foreign selling. The stock has de‐rated to 0.6x 1Y FWD PB now from 0.95x during early part of the year. Jihyang is confident that HHI is likely to secure a number of LNG carrier orders in June which will work as a near‐term catalyst to boost its depressed share price. CLSA says, “We don’t think LNG carrier potential is priced in at current level. Consolidation is beneficial long‐term.”

If you like LG H&H’s business but don’t own it for whatever reason, this is your chance. The stock is down 11% in USD terms this month driven by $35m foreign selling. Oliver thinks paying 23x on 2020 earnings for one of the highest quality plays on China cosmetic premiumisation is a bargain. BUY.

LG Chem is a quality special chemical/EV battery maker that’s oversold due to extremely bearish sentiment on hydrocarbons. The stock has fallen 10% this month in USD terms driven by $80m in foreign selling and now trades at below historical average 1.25x forward PBR.

Hyundai Motor isn’t exactly oversold tactically. But given the weak KRW and section 232 overhang somewhat removed, CLSA thought the share price reaction was quite muted this month. With new model momentum to accelerate in 2H, starting with Palisade export to the US from this month, it is still attractive to buy. The stock still trades slightly below 0.5x PBR. 1% depreciation of KRW against USD impacts EPS by 2%.

Naver has also been the victim of overall foreigners selling with stock down 7.5% this month partly due to misunderstanding. Line’s announcement of big promotion has hurt the sentiment but SJ assures it is not necessarily a bad news. Domestic business is now trading at 11x PER, which is historic low, while domestic margin is improving.

Next wave of India-Korea bilateral investment to be driven by SMEs: Citi