In yet another episode of the Special Midcap Stock Picks show, market expert Sacchitanand Uttekar today recommended three stocks with long-term, positional medium-term, and short-term views. These stocks have the potential to generate big gains for investors, he told Zee Business Managing Editor Anil Singhvi. Know what is working for these stocks here! 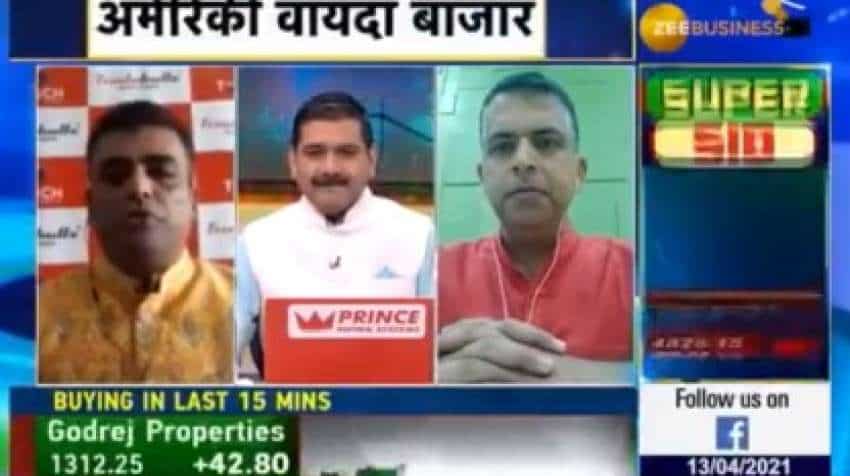 In yet another episode of the Special Midcap Stock Picks show, market expert Sacchitanand Uttekar today recommended three stocks with long-term, positional medium-term, and short-term views. These stocks have the potential to generate big gains for investors, he told Zee Business Managing Editor Anil Singhvi. Know what is working for these stocks here!

After reaching its lifetime high at Rs 475 per share in October 2016, Advanced Enzymes has been in a bearish trend with lower top and lower bottom sequence, explains the market analyst Sacchitanand Uttekar. However, from the time it started making around Rs 100 per share swings, this stock has been in bullish momentum with higher top and higher bottom sequence. Besides, a breakout was seen around Rs 180-200 per share levels and there is continuous up move since then, Uttekar adds.

The analyst also says, overall, the weekly structure of Advanced Enzymes establishes a bullish pennant formation, whose breakout too happened in a recent past. There has also been a bit of consolidation due to marginal fall, however, the sequence predicts it should trade around its previous all-time high price action.

Analyst says that immediately after its listing, Route Mobile received a good momentum, however, there has been a bit of consolidation at around Rs 1250 per share. Post this we saw a breakout and a good impulse formation was also seen within two days.

Almost after six weeks of consolidation correction, we are noticing up move again. And, this overall sequence portrays a positive indication, says Uttekar. He also predicts, a bullish flag has already shown a breakout pattern, and with an upside of 30 per cent a target of Rs 2080 per share should be assumed. Uttekar recommends to buy Route Mobile at current levels with a stop loss of Rs 1320 apiece.

The analyst had recommended this stock when it was at around Rs 2000 per share bottom levels. There has been a downward trend after touching its lifetime in 2015, however, in July 2020 Blue Dart gave a breakout and there has been a structural change from there. Uttekar expects, we see the higher top and higher bottom sequence, which is being maintained for quite some time now.

He adds, in this whole sequence it never gave weekly 5 exponentially moving average closing. There has been consolidation in the last four weeks but it still didn’t give closing below 5-WMA, he explains.

The stock is locked in a quite strong secular up move, despite the market’s fall on Monday, we see bullish hammer formation in the daily chart of Blue Dart. As the bullish sequence will continue, Utterkar suggests we could see Rs 6350 per share swings as a target price with 20 per cent upside, He asked investors to have Rs 4820 per share stop-loss on a weekly closing basis.