Prime Minister Narendra Modi, in his Independence Day speech from the ramparts of the Red Fort, has "outlined a vision of a secure, prosperous and capable nation by 2022". 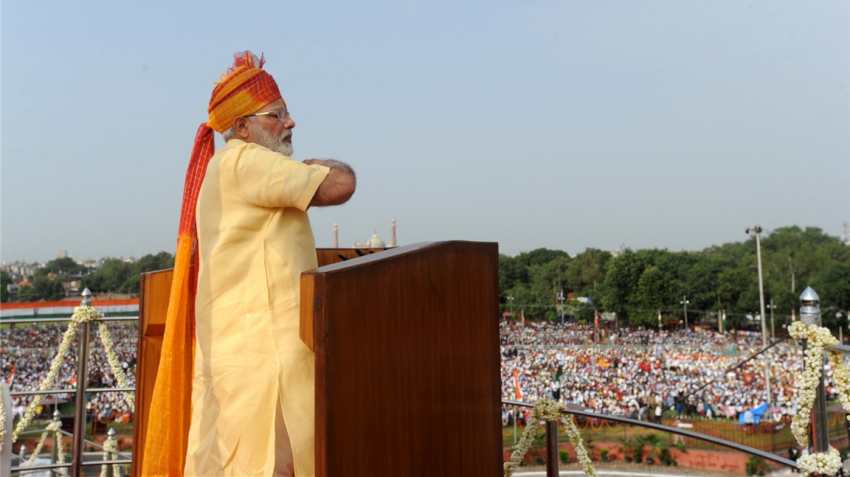 Prime Minister Narendra Modi addresses the Nation on the 71st Independence Day from the ramparts of Red Fort, in Delhi on August 15, 2017. Photo: IANS
Written By: PTI
RELATED NEWS

Lauding the government's efforts to deal with corruption and black money, industry chamber CII today called for strengthening policy reforms, including a new industrial policy, creating jobs and empowering women at the workplace.

It said Prime Minister Narendra Modi, in his Independence Day speech from the ramparts of the Red Fort, has "outlined a vision of a secure, prosperous and capable nation by 2022".

"While welcoming lower inflation and downward interest rate cycle, CII called for strengthening policy reforms including a new industrial policy, entrepreneurship and employment creation, and empowerment of women in the workforce," the industry body said in a statement.

CII President Shobana Kamineni said, "The development task to 2022 is challenging and will require strong policy action across multiple economic and social sectors. The government has made a significant beginning, and all of us will need to put our hands together to move the needle of development."

"The Prime Minister has outlined a vision of a secure, prosperous and capable nation by 2022, driven by the collective power of 125 crore citizens of India," she said.

CII's India@75 campaign launched in 2008 is in line with Prime Minister's objectives and emphasises crowd-sourcing of ideas and spread of volunteerism to build a developed India, she added.

"The government has taken multiple steps to address corruption and black money which are delivering notable results.

"CII believes that reforms such as GST and ease of doing business will further contribute to formalisation of the economy and widening the tax net, and we look forward to a more transparent and efficient economy by 2022," added Kamineni.

Commenting on the Prime Minister's speech, industry chamber Ficci said, "The Prime Minister clearly articulated a new narrative for India a country which is strong, where people have economic opportunities, where there is no room for corruption or nepotism, and where the binding factor for all is Indianness."