Modi Government Income Tax Raids: It's a major crackdown by Modi government on corrupt practices being undertaken by some share brokers and traders. 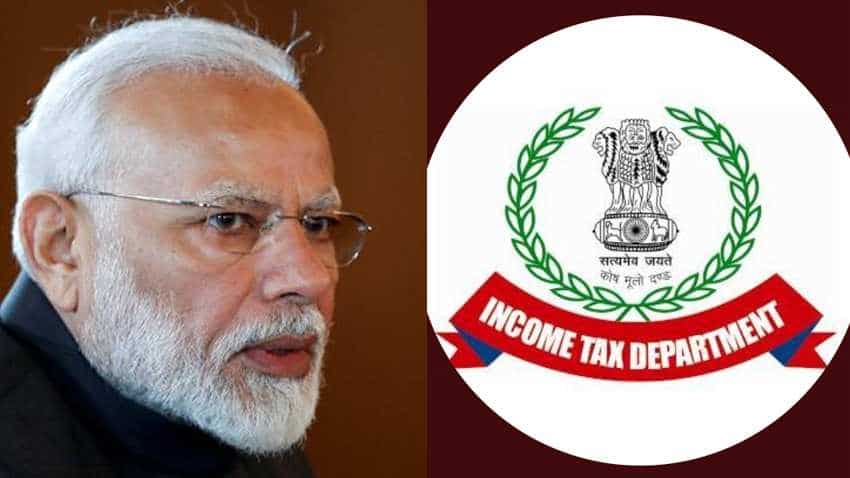 Modi Government Income Tax Raids: It's a major crackdown by Modi government on corrupt practices being undertaken by some share brokers and traders. According to the latest development, the Income Tax Department has said that on December 3, the department carried out search and survey operations on certain share-brokers and traders, as per a report in IANS.

Why these raids? What's the reason?

The Income Tax department carried out search and survey operations for being involved in facilitating accommodation of profit and loss through reversal trades in illiquid stock options, the report added.

"On December 3, 2019, the Income Tax Department carried out search and survey operations on certain share-brokers/traders who were involved in facilitating accommodation of profits/loss through reversal trades in illiquid stock options in equity derivative segment and also currency derivative segment on Bombay Stock Exchange (BSE)," the official statement added.

The statement further said that the search action has unravelled the entire modus-operandi which has been adopted by the share-brokers and traders to trade into the illiquid stock options in equity derivative segment and thereby generate artificial losses or profit by executing reversal trades in a very short span of time.

"By this contrived methodology, the unscrupulous entities have secured desired profits/losses, which is estimated to be more than Rs 3,500 crore. The search/survey action has also resulted into identification of the wrongful long-term capital gains taken in at least 3 penny stocks listed on the BSE, where the manipulated profits utilized by the beneficiaries aggregate to around Rs 2,000 crore."

The IT department was able to seize cash of Rs 1.20 crore during the operation. The number of beneficiaries who have been benefitted by these manipulated transactions could be to the tune of a few thousand scattered across India and efforts are being made to identify them as also the corresponding quantum of income evaded, the statement said, IANS reported. Moreover, incriminating evidence recovered during the course of actions is also being examined for determination of contravention of the various direct tax laws, it said.