With Anand L Rai at its helm, Zero could have been the game changer for the 'King of Romance'. But, the same was said for Imitiaz Ali's 'Jab Harry Met Sejal' which only earned Rs 15 crore on day 1 and opened to disastrous reviews. 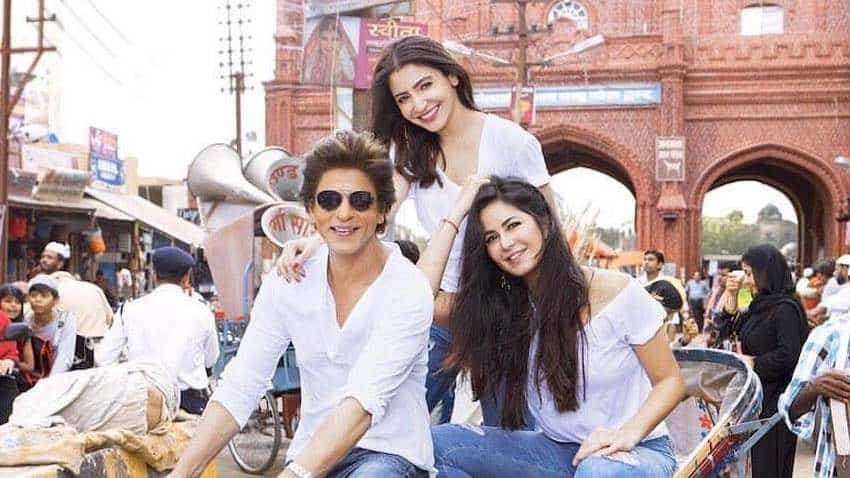 Gone are the days when a superstar's reputation was enough to deliver a box office blockbuster and, 2018 has been the perfect example of the same. Leave aside Sanjay Leela Bhansali's 'Padmaavat', Rajkumar Hirani's 'Sanju' and Shankar's '2.0' and there has hardly been a big-budget star-studded film that has been able to live up to the expectations. Salman Khan's 'Race 3' will go down as one of the worst Bollywood films ever and Aamir Khan's 'Thugs of Hindostan' will also find a place on that list in all likelihood.

With Sonu Ke Titu Ki Sweety, Luv Ranjan led the way for content-driven films that was followed by 'Stree', 'Andhadhun' and 'Badhaai Ho'. The last film on the list had an old-age couple in lead and yet managed to trump Arjun Kapoor and Parineeti Chopra's 'Namaste London' which even had the hype of its prequel in its favour.

Clearly, content is the new kingmaker in Bollywood and this is something Shah Rukh Khan should have understood before signing Zero. Rohit Shetty's 'Dilwale' which was probably SRK's worst film in last four had, in fact, given him the biggest opening day. Dilwale managed to earn Rs 21 crore while 'Raees' and 'Fan' which were received well, only raked in Rs 20.42 cr and Rs 19.20 cr, respectively. The actor has been struggling to deliver good content for at least five years now and even the most optimistic fans are now losing hope.

With Anand L Rai at its helm, Zero could have been the game changer for the 'King of Romance'. The film had almost everything going in its favour. 2.0 had slowed down and there was no big release in the last two weeks. It got 5965 screens worldwide: 4380 in India and 1585 overseas. And, there was a Salman Khan cameo as well!

But, the same was said for Imitiaz Ali's 'Jab Harry Met Sejal' which only earned Rs 15 crore on day 1 and opened to disastrous reviews. As it turns out, Zero is set for a similar fate.

Movie critic and business analyst has called Zero a 'FIASCO'. "Expected so much from this collaboration [SRK and director Aanand L Rai]… Sadly, the flawed writing - especially the second hour - takes the film downhill... EPIC DISAPPOINTMENT... #ZeroReview," he tweeted.

To make matters worse, the film has opened to just about 50 per cent occupancy, which, is not bad at all but, could have been a lot better for a film that marked the return of Shah Rukh on the big screen after almost 16 weeks. The film is expected to earn around Rs 25 cr to Rs 30 crore on day 1 but, the bad reviews mean that the collection is unlikely to pick up over the weekend.

The makers would have been hoping for a great start because of the festive season which also includes a bank holiday but the initially reviews and response should worry them.

Another roadblock for the Shah Rukh Khan starrer could be Rohit Shetty's ambitious crossover 'Simbba' starring Ranveer Singh and Sara Ali Khan in lead roles, which is set to hit the theatres next week. Both the director and actor come with a massive mass appeal and provide an opportunity to the makers to recover their losses.

It won't come a surprise if Simmba's screen count increases soon after the release. Earlier this year, Thugs of Hindostan was brutally taken off from the theatres and if Zero fails to entertain (which it probably has) the audience, it may not be heading towards a happy ending.