Zero box office collection till now: The Shah Rukh Khan starrer has fallen short of the expectations and is failing to pull audience to the movie theatres. The hype around the movie evaporated as it hit the theatres on Friday. 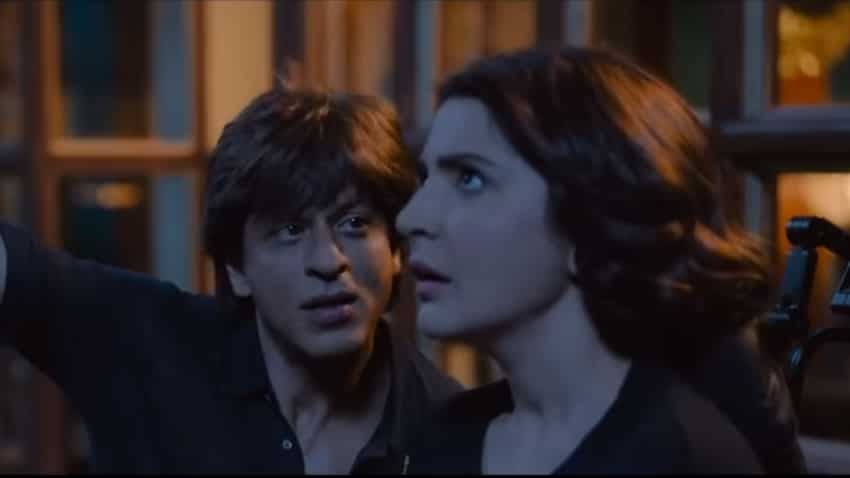 Zero box office collection till now: The Shah Rukh Khan starrer has fallen short of the expectations and is failing to pull audience to the movie theatres. The hype around the movie evaporated as it hit the theatres on Friday. On the opening day, the movie managed to earn Rs 20.14 crore only and the Day 2 collection at the box office was even worse at Rs 18.22 crore when the trend should have been opposite due to the weekend.

It has so far has earned Rs 38.36 crore in India business despite boasting of stars like Shah Rukh Khan, Anushka Sharma, Katrina Kaif, and Abhay Deol. The film has been ripped apart by critics and audiences alike. May be because the audience expected more from Khan. The first half of the movie was decent with good doze of emotions and laughter but second half disappointed the audience.

Expectation from the collaboration of Shah Rukh Khan and director Aanand L Rai was quite high. However, sadly, the flawed writing - especially in the second hour - takes the film downhill, film analyst Taran Adarsh wrote on his twitter handle.

"#Zero is a MAMMOTH LET DOWN. Ist half is decent with good doze of emotions & laughter but second half is miserable, extremely bad writing & screenplay with absolutely no logic, soul & emotional connect. AlR worst film till date. You can watch it for SRK Anushka Kat act Rating-," Film critic and trade analyst Sumit Kadel tweeted.

When your film drops on the first Sunday itself means it is gone. Zero seeing a drop at many centers on Sunday. Film wont collect even 100 cr in the lifetime, Kadel said.

"Problem with Bauua (Khan's character) is that he copied SRK in the film. Problem with Zero was its 2nd half, after fans anger calms down they will realise the same. Mars angle should have been brought from the beginning of 2nd half, director stretched 2nd half like chewing gum and made it bizarre," he tweeted said.