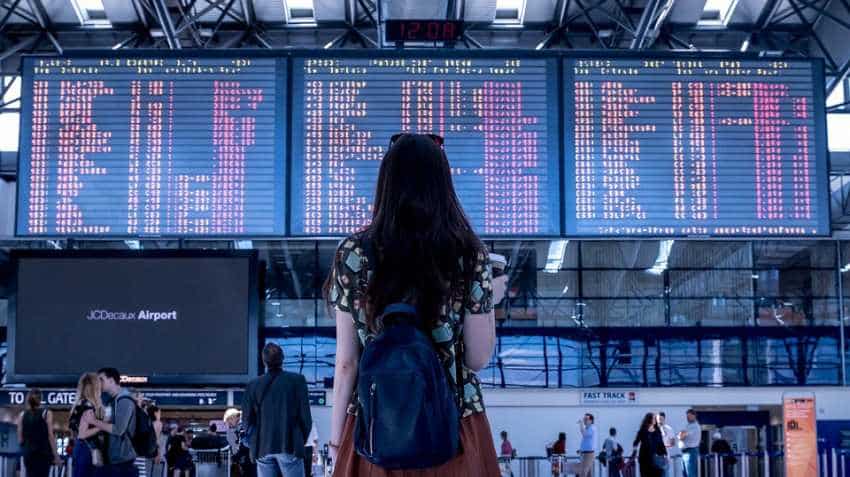 Despite the Jet Airways crisis and consistent hike of airfares, India's air traffic has remained impressive, proving that most low-cost carriers have been increasing their capacity. A Care Rating research note highlights that in order to capture market share, domestic airlines trim down rates on major routes. The fares were 1/3rd the fares charged by airlines in developed markets like the US and Europe on comparable routes. Here are the factors that have impacted airfares in India in 2018 and 2019, as per the report -

The difference in price of ATF for domestic and international players is a substantial 30-40%. Domestic airlines pay an average 1.35-1.4 times their international peers for aircraft turbine fuel (ATF) due to state level sales tax applicable on domestic airlines. Additionally, the pass-on of reduction in ATF prices in line with crude oil price movement is not dynamic. Collectively these factors contribute to higher share of fuel costs to revenue of domestic airlines at ~40%.

Domestic passenger growth is slower at less than 5% during the first quarter of the year 2019 versus 24.1% reported for the corresponding period during the previous year. International passenger traffic too witnessed a slowdown with a mix of factors impacting the industry, which included shutdown of airspace over Pakistan which led to considerable number of cancellations and rerouting of flights. Few international airlines had to temporarily shut-down their services to India.

Among the top 4 airlines, two are full-service airlines (Jet Airways & Air India) and two (IndiGo & SpiceJet) are no-frill/low cost carriers. IndiGo has consistently maintained a market share of over 36% post 2015, and has further consolidated its position as a market leader with 44.3% share during the first quarter of 2019.

Demand during the same period remained robust. In terms of RPKs (Revenue Passenger KM), the industry witnessed robust growth of over 17.5% during 2017 and 19.2% in 2018. This in turn led to further improvement in Passenger load factor (PLF) for All-India airlines to 86.5% in 2018.

Both ASK and RPK growth has been muted during 2019 majorly as Jet Airways grounded it aircraft due to non-payment to lessors. Additionally, other airlines too have reported grounding of aircraft, though temporary; owing to technical snags and precautionary grounding of Boeing 737 Max aircraft, non-availability of spare parts etc.

During FY19, the price of crude oil has decreased by 7.3% whereas the price of ATF during the same period has gone up by ~3%. This clearly indicates the entire benefit of reduction in crude prices is not passed on to the industry even though increase in prices is more dynamic. This despite the Government reducing excise duty on ATF by 3% from 14% to 11% in November 2018.

Among the 4 metros, Delhi and Mumbai have the lowest ATF prices due to reduced sales tax imposed by the state government (~5% in case of Mumbai), whereas ATF price in Kolkata is highest- 10% higher difference over Delhi and Mumbai.

Where is your airfare headed?

CARE says, “We expect the fares across domestic routes to remain elevated at the current levels till July 2019. The fares on the international routes may moderate over the next two months as the inventory levels would gradually recover with more domestic airlines planning to ramp up their international operations across routes.”

Further, the rating agency explained that, domestic passenger traffic growth during the year would moderate to lower double digits and higher single digits (8-12%), as fare prices remain high. With Jet Airways’ entire fleet grounded post April 17th 2019, it would take considerable time for domestic airlines to make up for the extinguished seat inventory.

With reduced competition and improved airfares, CARE says, “operating margins for airlines would improve during FY20. We do expect all airlines to report operating profits during FY20. Though the profitability would continue to largely depend on the crude oil prices.”